The camel had the words “the glorious Saddam Hussein” written on it. (Roya) 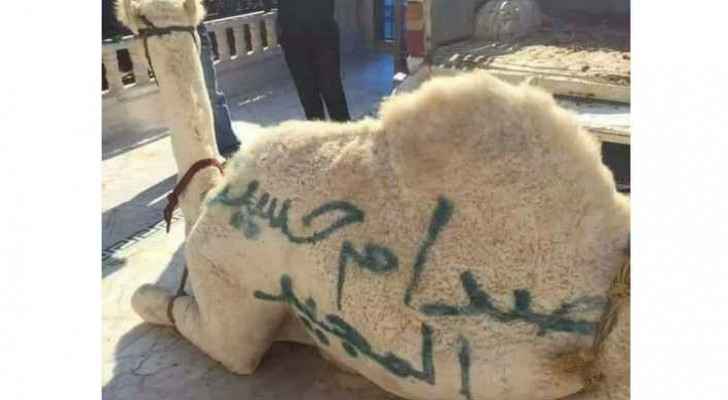 Eid Al Adha is the holiday of sacrifice, and while most Muslims choose to slaughter a sheep on the first day of Eid, one Jordanian citizen went for an animal that’s a little bit bigger and with more humps!

A man from the city of Ramtha sacrificed a large camel on Tuesday morning, and did it in memory of former Iraqi President Saddam Hussein, who died by hanging in 2006.

The camel’s meat was distributed to families in need, as one must do with a share of their sacrifice.

Those who witnessed the slaughtering told Roya that “the man sacrificed this camel in memory of Saddam Hussein because he had so much love and admiration for him.”

This isn’t the first time a camel has been sacrificed in memory of the deceased president.

Last Eid Al Adha, a Jordanian citizen, also from Ramtha, sacrificed a camel in Hussein’s memory, commenting at the time that he did it to show his appreciation for the president’s great service to his people.

Drug dealer injured during raid in ....