An investigation is undergoing to reveal the cause of the accident. (Roya) 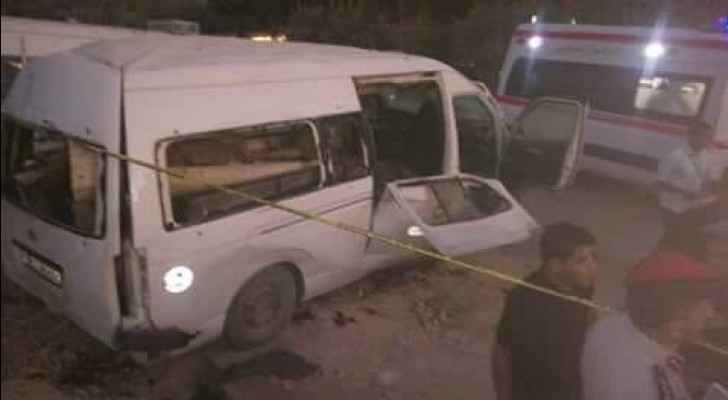 A security bus belonging to the General Directorate of the Gendarmerie of Jordan (Darak forces) exploded in Fuheis, just 20 kilometers northwest of Amman, on Friday night.

A statement released by the Darak forces said that one of its Sergeants died in the incident, while six others were injured. Later, an official statement confirming that it is a terrorist attack was released on Saturday, August 11, 2018. The vehicle exploded in the security area where the annual Fuheis Festival was being held, according to the statement.

An investigation is undergoing to uncover the cause of the accident, which a security source said was caused by a tear gas bomb that had exploded inside the vehicle. However, the Darak forces said that they will announce the cause of the explosion once investigators provide them with an answer, while stressing that the incident was not caused by a terrorist attack.