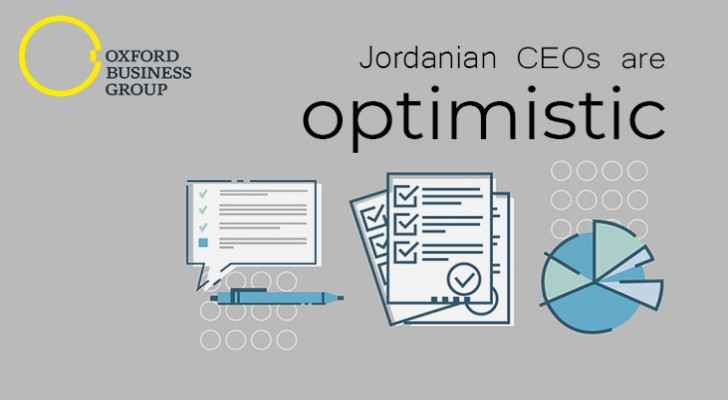 In a relatively unstable region, and in spite of its economic challenges, Jordan has always maintained stability and successfully administered reforms in order to meet IMF requirements.

In recent years however, and due to multiple factors, the kingdom’s financial struggles were marked by a significant increase highlighted with the decline of donations from Gulf countries and the huge rise of its refugee population – which was majorly caused by Syrians fleeing the neighboring war.

Such factors have directly affected the country's economy and overall investment rate. In an article published on June 21, 2018, results of a “Jordan CEO Survey” conducted in late 2017 by Oxford Business Group showed that 70% of the 100+ CEOs surveyed see the level of ‘investor confidence’ as not improving or definitely not improving.

Assessment of the current level in investors confidence in the Jordanian Economy.

Unlike its neighboring countries, Jordan managed to initiate reforms in order to overcome its economic deficits. Yet, the kingdom still battles with several economic struggles such as limited resources, a 95% debt-to-GDP ratio, an annual income that does not exceed $5000, an 18% elevation of unemployment, a majority of youth population with an average age of 22, and an inflation rise (4.6% in April 2018).

In the past month, protests against taxation and IMF-mandated reforms have resulted in overthrowing the former Prime Minister, Hani Mulki. Now that the new PM, Omar Razzaz, has succeeded in ending protests and creating an overall political stability, it is still too early for economic improvements to be seen – For such an economic stability to take effect, an IMF $1.5bn per year debt will have to be serviced.

The week-long public demonstrations against the controversial tax bill was initiated by a group named Hirak Shababi “Youth Mobilization” and took place in various cities all over the country. Jordanians’ main concern was for the major drawbacks that such a tax, if applied, would have resulted in “expansion in the tax base, lowering the taxable income threshold for a family from $34,000 to $22,500, and for an individual from $17,000 to $11,200.” reported Oxford Business Group.

A survey conducted before the recent demonstrations show that CEOs in Jordan were optimistic.

But regardless of the uncompetitive tax environment at Mulki’s era, numbers show that CEOs in Jordan are optimistic, as 62% of the surveyed investors referred to the government’s level of transparency in doing business as high or very high.

Another matching 63% had positive or very positive expectations of local business conditions within the upcoming year.

Expectations of local business conditions in the coming 12 years.

Such positive reactions could be highly influenced by the country’s private sector, which not only has a strong presence in the local market but governs a major impact on Jordan’s overall GDP. “Small and medium-sized enterprises account for roughly 40% of Jordan’s total nominal GDP, with small businesses making up 98% of all operational companies in the kingdom,” according to Oxford Business Group.

Withdrawing the proposed income tax bill will not move Jordanians any closer to a financial stability, as other tough issues must be addressed soon and tougher decisions might also surface in order to attend to the current situation with IMF.

For existing and potential foreign investors, this comes as anything but good news. Though the government continues urging private sector investors to contribute more in creating employment opportunities, restrains have left business owners, who were heavily taxed, not very enthusiastic – particularly those involved in the corporate and the telecom sectors.

All eyes remain on the current PM and his government, as they are expected to achieve what the former government failed to do: endorse economic reforms, satisfy IMF donors, attract business investments and create a better economic state for its people.