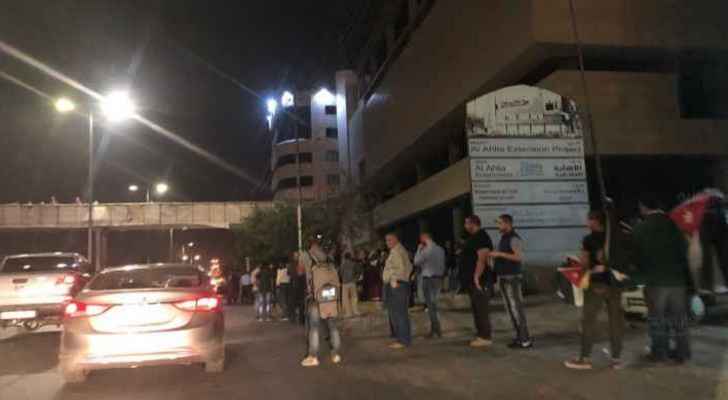 The week-long protests at Amman’s Fourth Circle ceased merely hours after Jordanian Prime Minister Omar Razzaz announced that his Cabinet will rescind the Income Tax Bill as soon as he is sworn in.

The draft law was the main reason thousands of Jordanians headed to the streets in a series of demonstrations to demand the resignation of the government.

Protesters have been flooding the area of the Fourth Circle at 10 p.m., after the break of the Ramadan fast on a daily basis. However, as of last night, traffic has reverted to its usual state with no signs of demonstrations.

Over 49,000 people protested against the bill in the streets of Jordan in the first four days of the protests, according to official statistics by the security apparatus.

The government initially presented the bill as “taxation justice” as the progressive taxation would generate half of the additional JD 300 million by preventing tax evasion and the other half by expanding the tax base. The bill would have increased the number of individuals with taxable income from five to ten percent according to government officials.

The bill was announced exactly a month ago and referred to the Legislation and Opinion Bureau for two weeks of feedback, after which it was referred to the Lower House of Parliament. The parliament was prorogued on May 12 and an extraordinary session was never convened as the majority of Representatives also rejected the bill.

Since then the Cabinet resigned under the amounting public pressure and the newly appointed PM has pledged to engage in dialogue in order to reach a just taxation law.

Below is a video of Amman’s Fourth Circle on Thursday night.

Parts of tree fall on a street in Amman due to strong ....

Parts of tree fall on a street in Amman due to ....

Parts of tree fall on a street in Amman due to ....

Parts of tree fall on a street in Amman ....