US Air Force eyes up Jordan for new regional hub 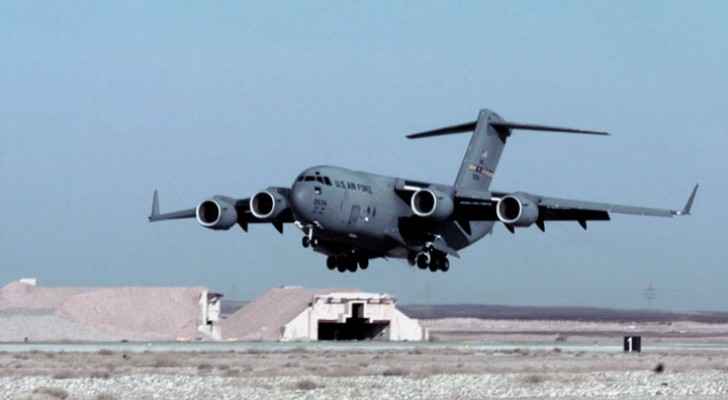 The Pentagon wants to pump $143 million into an air base in Jordan, more than any other overseas Air Force site, as it eyes the country as a potential central hub for its Middle East air operations, Stars and Stripes reported.

The funding highlights the growing importance of Jordan as a strategic ally to the US in an unstable region. The Muwaffaq Salti Air Base, near Jordan’s border with Iraq and Syria, has played a key role in the US campaign to eradicate so-called Islamic State.

But the US Air Force has said it is no longer fit for purpose, operating at “four to five times what the space was originally intended to support,” according to Air Force documents, and requires major investment to keep up with heavy operational demands.

The Azraq base is now due to receive $143 million of the roughly $500 million Congress approved for overseas bases, which will position it as one of the US military’s most important hubs in the Middle East. The shift to Jordan comes half a year after tensions first flared between a Saudi-led bloc and Qatar, leaving longtime US bases in the Gulf under threat from regional rivalries.

In June, Saudi Arabia cut ties with Qatar which hosts the Al Udeid Air Base, a key site in the US coalition’s fight against IS. President Donald Trump said the US would find alternatives to Al Udeid if necessary.

“If we ever have to leave (Al Udeid) we would have 10 countries willing to build us another one, believe me, and they will pay for it,” Trump said in a radio interview at the time.

Defense Secretary Jim Mattis later clarified in a radio interview that the US has no intention to replace Al Udeid.

But the recent round of funding for overseas bases, expected to be authorised by Trump soon, shows a shift in the US military’s priorities in the region.

The $143 million slated for the Jordan air base dwarfs the $15 million for Al Udeid.

At the same time, the US is nervous about its base in Incirlik, Turkey, as its NATO ally orientates itself towards Russia.

Senior military officials are already considering alternatives to Incirlik, chief among them Jordan.

“I think we can go to other places,” a retired admiral told Stars and Stripes. “I think Jordan is a fantastic ally and partner. I think it is time for the United States to start thinking in those terms.”