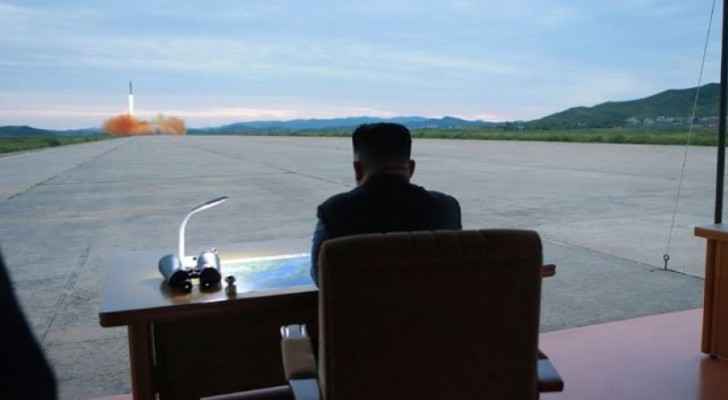 North Korea on Wednesday announced it had successfully tested a new type of intercontinental ballistic missile that could reach the whole of the continental United States.

The Hwasong-15 missile, described as its "most powerful", was launched in darkness early on Wednesday, with state television noting that Pyongyang had achieved its mission of becoming a nuclear state.

The missile landed in Japanese waters but reportedly flew higher than any other missile North Korea had previously tested.

The test, which defied international sanctions imposed over the North's weapons programme, comes a week after U.S. President Donald Trump put North Korea back on a U.S. list of countries that is claims supports terrorism.

In a broadcast on state TV, KCNA, North Korea said the new powerful missile reached an altitude of around 4,475 kilometers (2,780 miles) - more than 10 times the height of the international space station - and flew 950 kilometers (600 miles) during its 53 minute flight.

KCNA added that North Korean leader Kim Jong-un, who personally signed off on the launch, "declared with pride that now we have finally realised the great historic cause of completing the state nuclear force, the cause of building a rocket power".

While North Korea has previously said that its projectiles can hit the US, this marks the first time it announced that it could do this with this type of missile.

“The worst crime for which he can never be pardoned is that he dared [to] malignantly hurt the dignity of the supreme leadership,”an editorial in the ruling party newspaper Rodong Sinmun stated.
“He should know that he is just a hideous criminal sentenced to death by the Korean people,” it added.

Erdogan and Trump on same the same 'wave length,' says ....

Erdogan and Trump on same the same 'wave ....

Erdogan and Trump on same the same 'wave ....

Erdogan and Trump on same the same ....