Erodgan and Trump spoke over the telephone last week. 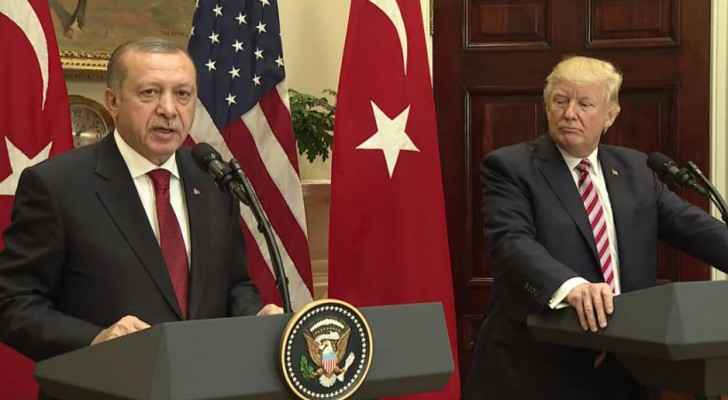 Turkey’s President Recep Tayyip Erdogan said that he was on the same “wavelength” as US President Donald Trump, following a telephone conversation between the two leaders last week.

Addressing legislators from his ruling party on Tuesday, Erdogan also said the two leaders plan to continue engaging on issues including the US-backed Syrian Kurdish fighters, which Turkey regards as ‘terrorists,’ as well as the network of followers of US-based cleric Fethullah Gulen, which Ankara blames for last year’s failed coup attempt.

This comes after Trump appeared to bow to Turkish pressure by announcing the Pentagon would stop arming Syrian Kurds, despite observers expressing concern that the move could undermine efforts to stabilize the war-torn country.

“For the first time in a long while, a common wavelength was reached,” Erdogan said.

His comments come as the trial begins of Reza Zarrab, a prominent Turkish-Iranian gold dealer with ties to senior government officials, who is accused of breaking US sanctions against Iran by using gold to buy Iranian oil and gas in a multibillion-dollar scheme over five years from 2010 to 2015.

Turkish officials have accused the case as being part of a US conspiracy against Ankara. On Tuesday, Turkey issued arrest warrants for two men who are accused of handing the U.S. authorities fake reports for use as evidence against Zarrab and Mehmet Hakan Atilla, the deputy chief executive of Turkish lender Halkbank, Dogan news agency reported.

The Zarrab probe has placed further strain on US and Turkey relations, angering Erdogan who raised the subject repeatedly with officials under former US president Barack Obama and current president Trump.

Ankara has accused US-based Muslim cleric Fethullah Gulen, who Turkey claims ordered a 2016 failed coup against Erdogan, as being behind the controversial case.

North Korea says new missile can reach the whole of the ....