Is there enough sex education in Jordan's schools?

There is no set sex-ed curriculum in Jordan's schools. 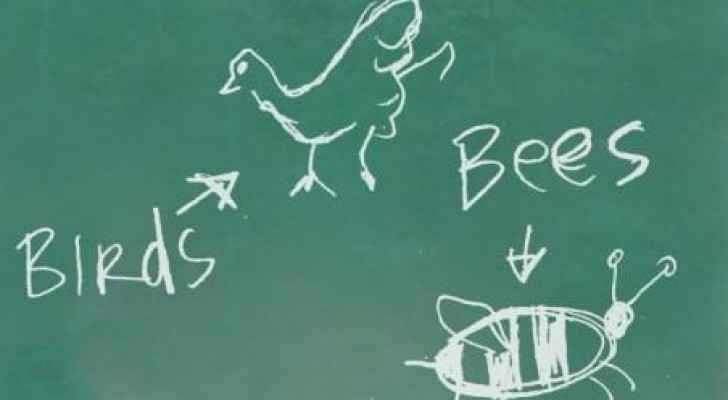 After a video went viral of kindergarten kids having a sex education class, many people in Jordan have expressed mixed opinions about the controversial subject.

In modern day Muslim societies sex is considered as a taboo, and many Jordanians think that the topic of sex should only be brought up when a woman or a man is getting married. But nowadays, where access to the internet is available to everyone, many kids no longer wait for “the talk” and will resort to other sources to get this information.

So, is it important to have sex education in Jordanian schools?

Sex education is the official state-sponsored program to provide students with knowledge on a wide range of topics, including anatomy, reproductive functions, sexual contact, reproductive health, emotional relationships, reproductive rights and responsibilities, family planning and contraception, and tackling any misconceptions about sex.

However, many argue that this topic is not comprehensively addressed in the Jordanian education system. Fearing that discussions about sex will encourage youth to engage in premarital sexual activity, “students learn the bare minimum at schools regarding purity and other sex related subjects in biology or religion class”, Khalil Al Zyoud, a family Counselor told Roya.

Zyoud added that parents and teachers are usually hesitant to provide any information on this sensitive subject, noting: “Teachers tend to discuss these subjects in vague terms, and children can’t grasp a clear understanding of the subject ”

He argued it is up to the teachers to take the initiative to educate their students on sex. “These subjects depend on the teachers more than the books,” he told Roya. “It is their responsibility to talk to students about these topics, and help shape their knowledge about sex and puberty and other related topics.”

Zyoud also thinks it is important to remove the taboo and stigma surrounding masterbation, arguing that students should be informed on how to have a healthy relationship with their bodies.

However, despite his belief that sex education should be discussed at schools, he does not think that there should be specific classes for these topics. “I am against having a sex ed class, but I am with the idea of talking about these topics in other classes like religion, biology, Arabic and even at PE,” he said.

However, this view is not shared by everyone. Dr. Hani Jahshan, a Jordanian Forensic Consultant and expert on violence prevention at the United Nations, has argued that random initiatives to provide students with sex education in biology classes or in scattered lessons is not beneficial.

In an article written on his personal website , Jahshan pointed out that is it necessary for the state to carry out a national sex-ed program based on the scientific, medical, social and religious references.

He thinks the core aspect of sex education is the physical, psychological and social aspects of the sexual activity, which will help provide students with the necessary scientific information that is generally accepted socially.

However, Jordan is still a long way from Jahshan’s vision of a standardised system for sexual education in schools.

A ninth grade teacher told Ro’ya, the curriculum does not have a real grasp of topics related to sex, stating: “The Jordanian curriculum doesn’t describe in detail subjects like sex, puberty and other related subjects that is due to the Jordanian norms and traditions”

“The biology book doesn’t talk about sex, it only talks about puberty in a very general scientific way,” she said, adding that she tries to tell her students that it is okay to talk about this topic.

“I try to explain what is sex in a scientific way, and I encourage the students to ask me if they have any questions about puberty or sex.” she told Roya.

But what do young Jordanians think about this?

Many have voiced frustrations over the lack of sexual education that is provided at schools.
A 21-year-old college student complained to Roya that sex education at school was either inaccurate or too-little-too-late.

“When I was 14 my school brought over a general practitioner to talk to us about sex related issues and puberty, even though at that time we had already hit puberty”, he told Ro’ya.

Another university student described a similar lack of understanding when it came to issues surrounding puberty and sex-ed, saying: “I got my period when I was nine. I didn’t know what it was and I was scared because I thought I was going to die. I had not been taught about puberty at school or at home, because I was young.”

“I wish at least school had taught us that we would be expecting changes in our bodies in the future and what those changes might be,” she added. “And when I became older, I wish they told us what is sex, because I had to learn what is it from my friends.”

“In religious class they said people had to shower after sex, when we asked what it was, we were just told it was a relationship between a man and a woman. I was like ‘what does that even mean?’”

Roya News English reached out to Jordan’s Ministry of Education for comment, but have yet to receive a response.

So what is the future for sex education in Jordan? In general, the kingdom’s younger generation seems more accepting when it comes to sexually related topics, expressing a more open mindset that may suggest changes to the Jordanian teaching system one day, including the inclusion of sexual education classes.

COVID-19 claims the life of another doctor in Jordan