Yemen: Cholera could hit one million by the end of the year

Yemen: Cholera could hit one million by the end of the year 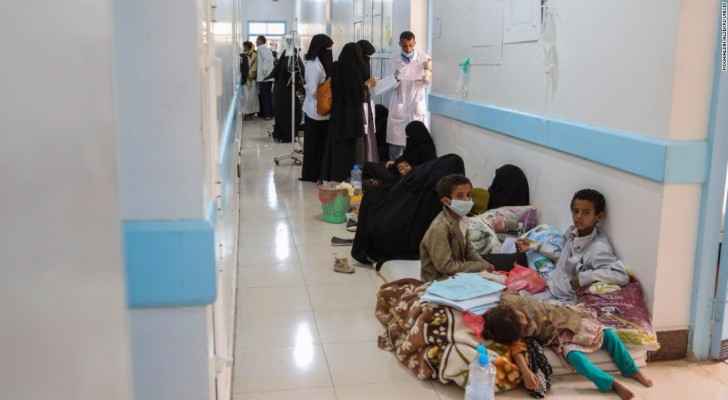 Cholera cases in Yemen could reach one million cases by the end of this year, according to the International Committee of the Red Cross (ICRC).

Warring parties in Yemen are using disproportionate force that has led to civilian casualties, said Alexandre Faite, the head of the Red Cross delegation in Yemen, on Friday.

The number of suspected cholera cases has now gone up to 750,000.

Faite said that Cholera cases could reach one million by the end of 2017.

According to Al Jazeera, civil war in Yemen has killed more than 10,000 people since it began.

The Red Cross brings medical aid into Yemen, while more aid comes from countries like Jordan and Oman.

Faite called on all involved parties to open Sana'a Airport to commercial flights for essential aid supplies and to make progress toward allowing the ICRC to visit prisoners of war.