Checkpoints restricting freedom of movement are one of many features of an apartheid regime. (Photo Credit: GETTY Images) 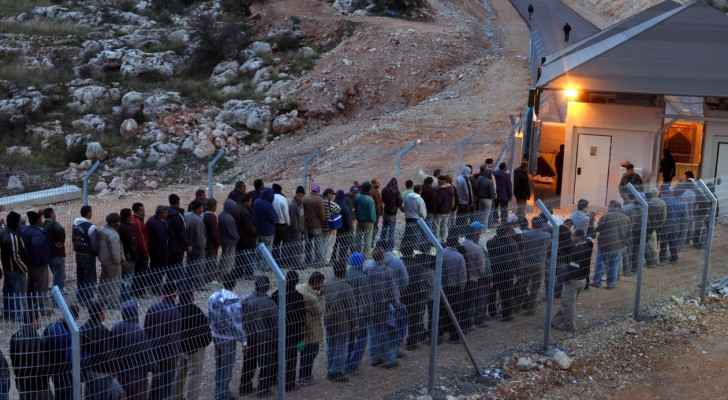 Discussing Israeli politics has always been a slippery slope on the international level, typically due to subjectivity of arguments as a result of skewed definitions. One such argument using the word “apartheid” to compare the Israeli government’s treatment of Palestinians to the South African white minority government’s of native peoples.

Israel and the “apartheid analogy” now however, may not be as contested an analogy anymore, with the approval of apartheid-policies via an annexation plan yesterday at the hands of right-wing Israeli parties.

According to Haaretz, the conference of the National Union faction approved of a plan, dubbed “The Decision Plan” by its supporters, essentially annexing Palestinian territories and facilitating the exit of their residents, or allowing them to remain but denying their voting rights. Needless to say, the plan received PM Benjamin Netanyahu’s stamp of approval.

It aims to “alter the discourse and present a true alternative to any plan based on dividing the land,” according to a National Union statement.

“The vision of the decision plan is not new,” said Bezalel Smotrich, an MK from the Habayit Hayehudi Party, a far-right Orthodox-Zionist party. “These are the foundations on which Zionism was erected. We do not assume that there are two narratives here that are equal. There’s one side that’s correct, and another that is undermining the right of Israel to exist as a Jewish state.”

“We have to engrave in the consciousness of the Arabs and the entire world that there is no chance of establishing an Arab state in the Land of Israel,” he added.

The plan was unanimously approved by the delegation. It specifically outlines the following:

“1. Anyone who is willing and able to relinquish the fulfillment of his national aspirations will be able to stay here and live as an individual in the Jewish state.

2. Anyone who is unwilling or unable to relinquish his national aspirations will receive assistance from us to emigrate to one of the Arab countries.”

According to Smotrich, there will be a “third option”:

“Anyone who insists on choosing the third ‘option’ – to continue to resort to violence against the Israel Defense Forces, the State of Israel and the Jewish population will be determinedly handled by the security forces with greater force than at present and under more comfortable conditions for us.”

Given the terms of the plan, and the Israeli government’s treatment of Palestinians, arguing against the “apartheid analogy” becomes baseless, by the very definition of apartheid. 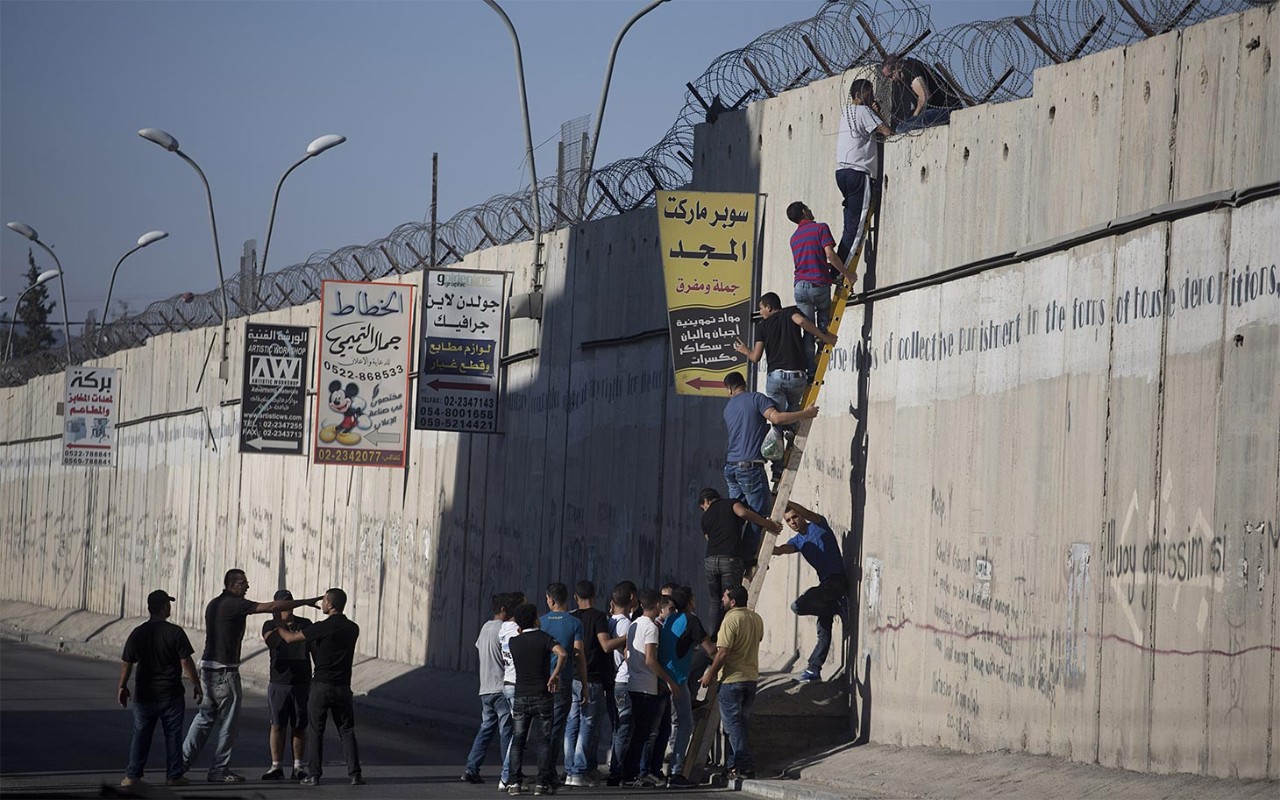 The apartheid wall, including countless checking-points restricting freedom of movement, is one of many features of the Israel apartheid. (Photo Credit: al-Jazeera)

The United Nations General Assembly opened the ratification of the International Convention on the Suppression and Punishment of the Crime of Apartheid in 1973, defining apartheid as "inhuman acts committed for the purpose of establishing and maintaining domination by one racial group of persons over any other racial group of persons and systematically oppressing them."

One of the main counter-arguments to the analogy asserts that unlike South Africa, Israeli law does not make explicit distinctions between Jews and Arabs nor amongst Israelis themselves, some of whom are Arabs. The main criticism of this argument is that although Israeli law does not explicitly differentiate between ethnicities of its citizens, in effect it privileges Jewish citizens while discriminating against non-Jewish - mainly Arab, citizens. Particularly, privileges are granted through IDF service which is not mandatory for Arabs.

Indeed, serving in the IDF grants numerous privileges including subsidized higher education, employment preference, property purchase, financial grants, and healthcare to name a few. In fact, some Israelis believe that IDF service is very coercive, as it is extremely coercive to come about these benefits from the state should one refuse to serve in the military.

The proposal made yesterday would formalize racial distinctions between citizens in Israeli law, such that the status quo of apartheid policies implemented by a non-apartheid state is no more. Instead, it will be apartheid policies implemented by an apartheid state, given that the proposal establishes Israel as a “Jewish state”, despite it formally being secular. Moreover, “national aspirations” is a direct mention of non-Jews who are given the “option” to emigrate to countries which have a closer ethnic lineage, ergo: Arab. In other words, the law states that if you are not Jewish, and wish to be treated as a Jewish citizen, you can leave the country.

Finally, the “third option” enshrines Jewish privilege by virtue of IDF service, while legalizing systematic oppression towards non-Jews which is explicitly defined with the United Nation’s provision of “crimes against humanity” conducted within an apartheid regime. The law hence, is by very definitions of racism and apartheid, legitimize the “apartheid analogy” and officiate Israel as an apartheid state.

Smotrich denies the allegations of racism, stating: “In the long term it proposes this. [Even today] Israeli Arabs don’t serve in the army and the Arabs of East Jerusalem don’t vote for the Knesset. That’s why I think it isn’t racist. You can’t create two contradictory realities – of settlement and the Palestinian Authority. But I would never vote for a racist plan.” 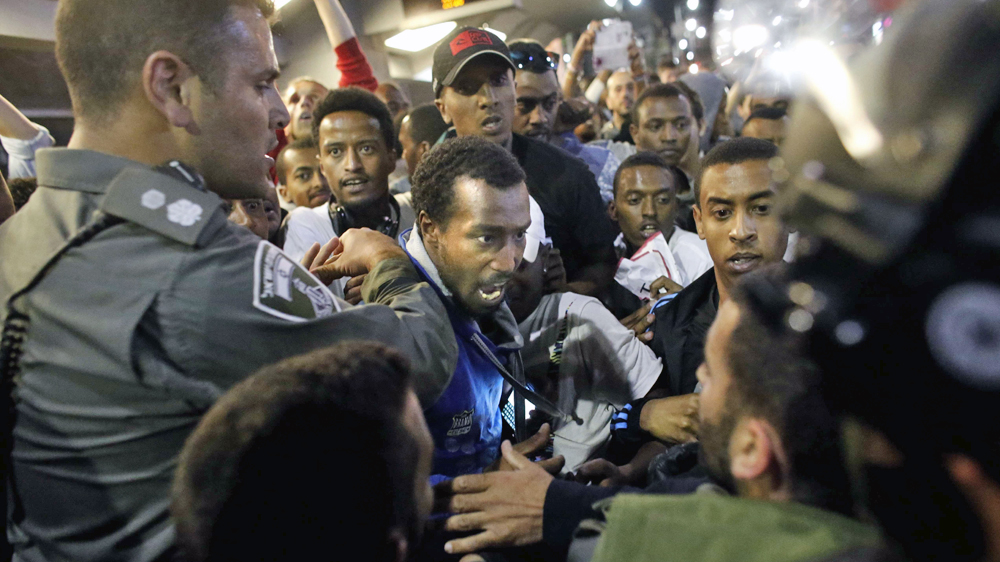 In this context, Smotrich does what the likes of Trump have popularized in rendering the meaning of words powerless, by refuting them. The law is in fact racist, which is defined as showing prejudice towards a particular “race”, which in this context, the law outlines as Palestinians. The law also perpetuates racism by outlining Jewish privilege through serving in the IDF, and finally, through the denial of Palestinians from voting in Knesset.

Israel is thus, for all intents, purposes, definitions and now formalities, an apartheid state. With this in mind, the more fundamental question asks how it is that we can dismantle the apartheid regime, and give Palestinians their fundamental human rights.

No ban on marriage between two Eids: Fatwa Department

No ban on marriage between two Eids: Fatwa ....

No ban on marriage between two Eids: Fatwa ....

No ban on marriage between two Eids: ....