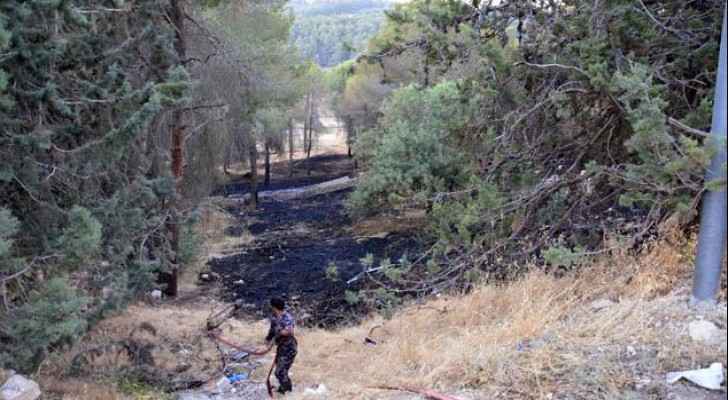 According to firefighters, a fire broke out in the forests of Dibbine in the governorate of Jerash.

The source told Roya that the fire englufed 4 dunums of the forest, pointing out that the terrain makes extinguishing the fire difficult

The cause of the fire is unknown, although the forest has fallen victim to intentional fires before.

Earlier in 2015, two suspects were caught by Jerash officials for intentionally starting a large-scale fire.

Just last month, 35 dunums of forest, with over 1,000 trees burned down, in the forest of Kamaliyeh in Ajloun. The fire was caused by an electric fault, according to the Civil Defence Department.