No Jordanians were injured in Cypriot forest fires: Foreign Ministry

No Jordanians were injured in Cypriot forest fires: Foreign Ministry 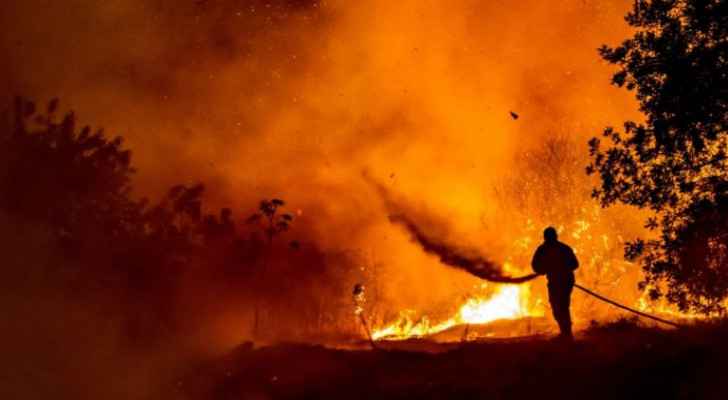 The official spokesman for the Ministry of Foreign Affairs and Expatriates Affairs, Ambassador Daifallah Al-Fayez, said Monday that the ministry is following up, through the Jordanian embassy in Nicosia, Cyprus, the conditions of Jordanian citizens in the Mediterranean country following the massive forest fire that broke out Saturday.

During his interview with Roya, Fayez called on Jordanian citizens residing in Cyprus to communicate with the embassy and the operations center unit in the ministry if the need arises.

The Cypriot Forest Department announced Monday that it had "completely brought under control" the worst fire on the island in decades, which killed four Egyptians.

The fire, which was fanned by strong winds, broke out Saturday afternoon and swept the slopes of the Troodos mountain range (south), killing four Egyptian workers before it was brought under control.