Police are currently investigating the incident, which is believed to have been caused by an arsonist. 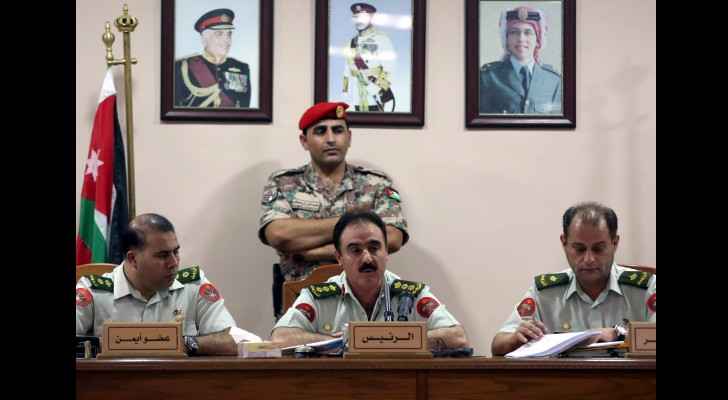 A fire on Sunday was intentionally started in the office of the Director of Judiciary for the Jafer area, a security source has said.

Firefighters were able to control the flames before anyone could be hurt, the source added.

Police are currently investigating the incident, which is believed to have been caused by an arsonist.

The location of the fire raises suspicions, seeing as the targeted office was last month involved in one of the top high-profile criminal cases Jordan has ever witnessed.

On July 17, a military court in Amman charged Jordanian soldier Ma’arik Al Tawayha with the murder of three US Special Forces instructors at the entrance of the King Faisal Airbase in Jafer.

Tawayha, 39, was sentenced to life in prison after the court concluded that he “intended to kill” the American troops.

Tawayha’s tribe, Al Huwaitat, one of the largest tribes in southern Jordan, set off on several protests after the military court delivered its verdict in his case.

Last month, CCTV footage documenting the incident was released by the Jordanian military and the FBI, following pressure by Tawayha’s tribe and the Jordanian community.

Soon after, the only surviving US soldier from the attack spoke out for the first time in an exclusive interview with The New York Times.