Image from the video, uploaded by Zad News Agency (Jordan) 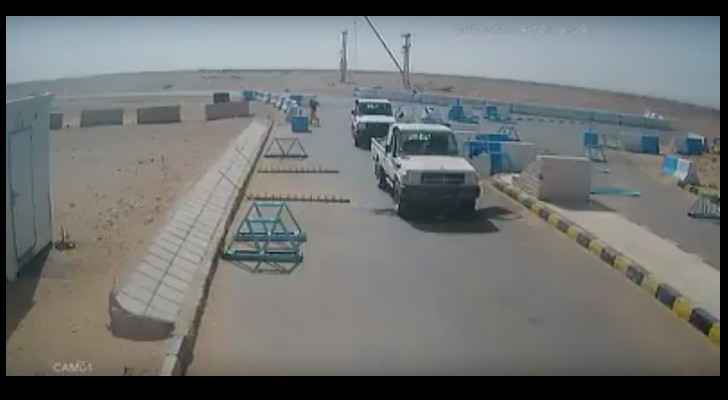 The video documenting Jordanian soldier Ma'arek Abu Tayeh's shooting of three American soldiers has been released, following demands from activists across the country. Abu Tayeh was given a life sentence with hard labour.

An official source in the Jordanian Armed Forces said on Monday that according to evidence provided by the military court, Abu Tayeh has “violated the military orders applicable inside the military camps and did not act in self defence, nor did he take permission to use violence against the American soldiers or get threatened by any party.”

“Abu Tayeh is the one who fired at the soldiers, despite them following the correct instructions to allow them to enter the camp. He was aware that they had left the camp that day and what time they would be returning.

“The military court where Abu Tayeh was trialled was formed according to Jordanian law and their verdict was made according to tens of thousands of similar cases that the court dealt with in the past.

“Abu Tayeh confessed to his killing the soldiers and he was charged after photographical and other evidence proved that he was guilty.

“The Jordanian Armed Forces will remain the backbone of Jordan and its source of security, pride, honour and sacrifice,” the source added.