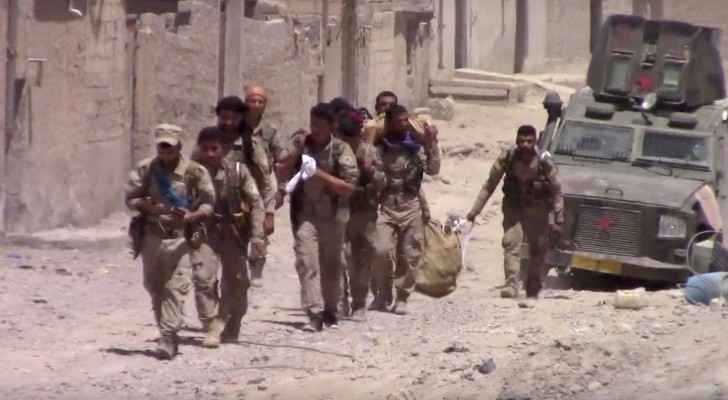 At least 224 civilians have been killed by US-lead coalition airstikes in Raqqa, as Syrian forces battle the so-called Islamic State, according to the Syrian Observatory for Human Rights (SOHR).

"At least 224 civilians, including 38 children and 28 women, have been killed in air strikes by the global coalition on Raqqa since the SDF entered it," said the British-based observatory.

It said it did not have a toll for civilians killed in other ways, including by other military operations, mines, or while trying to flee the city.

Arab and Kurdish fighters from the Syrian Democratic Forces entered Raqqa on June 6, following r a months-long operation to encircle the northern city.

The US-backed coalition is providing the SDF's campaign on Raqqa with heavy air support, as well as special forces advisers, weapons, and equipment.

SOHR said clashes and air strikes in Raqqa had killed 311 ISIL fighters and 106 SDF fighters since June 6.
Tens of thousands of civilians are reportedly trapped inside Raqqa, with warnings that the extremists are using them as human shields.

Since the Islamic State captured Raqqa in early 2014, it has served as the de facto capital of the extremists group's Syrian territory.