The UN Security Council voting on December 18, 2017 on a resolution concerning Jerusalem's status at the United Nations headquarters. 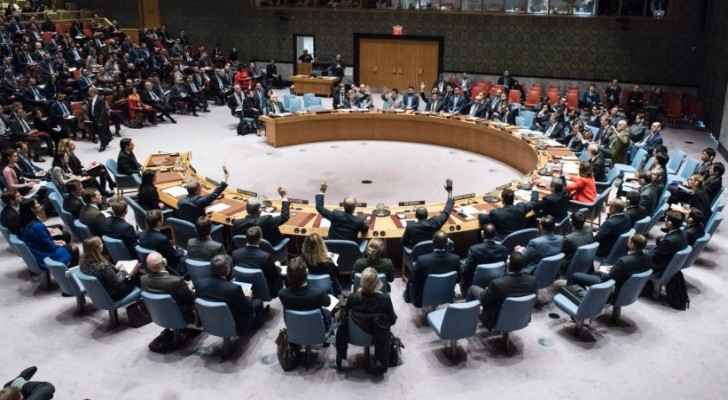 The UN General Assembly is set to vote on a resolution which will reject U.S. President Donald Trump's recognition of Jerusalem as Israel's capital, with most assessments indicating that the resolution will pass.

The General Assembly's emergency discussion is being held at the request of Turkey and Yemen, who turned to the UN after an Egyptian draft resolution was presented to the Security Council and was vetoed by the United States, while the other 14 member states voted in its favor.

Earlier, Turkey's President Recep Tayyip Erdogan has said that the UN should teach Trump a “very good lesson,” as it votes on a resolution.

With President Trump having threatened to cut aid to countries that support the resolution being put forward to the UN General Assembly, Erdogan said UN member states should not let their decision be dictated by money.

Meanwhile, Prime Minister Benjamin Netanyahu used strong words to bash the UN, calling it a "house of lies" and proclaiming that "the State of Israel rejects this vote outright" and that "Jerusalem is our capital, we will continue to build there and additional embassies will move to Jerusalem."

Netanyahu also said that various countries around the world are changing their attitude toward Israel, "and this will eventually seep into the walls of that house of lies."

The UN vote comes after the body's human rights chief said he would step down, suggesting that his re-election would involve ”lessening the independence and integrity of my voice” after his outspoken criticism of world powers – including the US.