The Greek Orthodox Church is the second-largest owner of land in the region. (File photo) 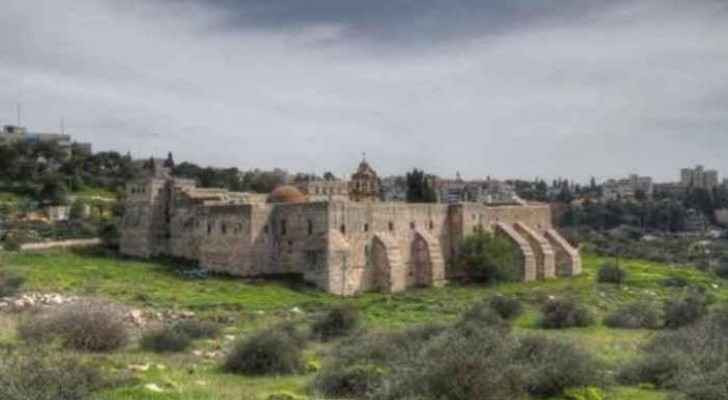 A number of members of the House of Representatives on Saturday issued a statement demanding the Greek Orthodox Patriarch cancel the sale of more than 500 dunums of land in central Jerusalem to Israeli investors.

This comes after the Israeli newspaper Calcalist revealed that the Patriarch had sold around 500 dunams of land to Israel. The sale was disclosed in the financial daily on Tuesday, following a petition by Patriarch Theophilos III asking the Jerusalem municipality to provide a document stating that there was no lien on these lands.

This would mean that in 30 years, when the leases expire, around 1,500 families living there will have to negotiate with Israeli developers.

The statement, issued by 38 MPs, said that the attempt to abandon even a part of the land of Palestine in favor of the Israel “constitutes a betrayal of the homeland and the Palestinian people resisting the Israeli occupier to gain independence and freedom.”

They claimed that it is the moral responsibility as deputies for the Jordanian people to protect Palestine and the Orthodox Christian community.

“We support the statement issued by the Central Council and the Arab Orthodox youth and the need for intervention by the Jordanian and Palestinian governments to pressure Theophilos and his associates to cancel the sale of more than 500 dunums of the Christian Orthodox endowment to Zionist investors, in full disregard of all commitments made previously on himself and in front of legal entities,” the statement read.

The statement went on to criticise Theophilos for selling the land, despite his status as “a man of religion trusted by the people.”

Meanwhile, the Patriarch denied selling land or property, claiming that these lands have been under control of the Israeli occupation since 1951.

They expressed their right to serve and protect their lands, property and religious sanctuaries in the Old City of Jerusalem, and 67 other districts that are under occupation in the West Bank.

The Greek Orthodox Church is the second-largest owner of land in the country, after the Israel Land Authority. Land acquisitions in the past gave it ownership over extensive lands in West Jerusalem, primarily in Talbieh, Rehavia, Nayot and the Valley of the Cross.