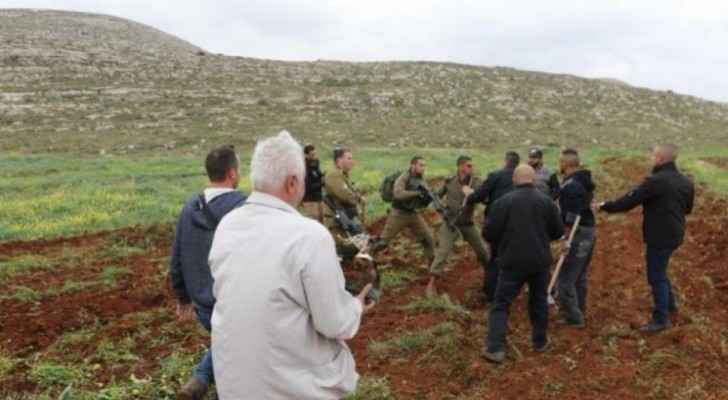 Israeli Occupation Forces (IOF) seized on Sunday, September 8, 2019, 100 dunams of Palestinian-owned land in the villages of Qaryut and Jaloud, south of Nablus, and the village of Turmos'ya, northeast of Ramallah, according to Palestinian sources.

A statement issued by Palestinian official in charge of Israeli settlements file in the northern part of the West Bank, Ghassan Daghlas said that occupation authorities handed the residents of Qaryut and Jaloud a decision to seize about 100 dunums of land in the two villages, in addition to the town of Turmus'aya, northeast of Ramallah, in order to expand construction work in the settlement of "Shilo".

Video: Fire breaks out in 25 dunums of land in Tabarbour ....