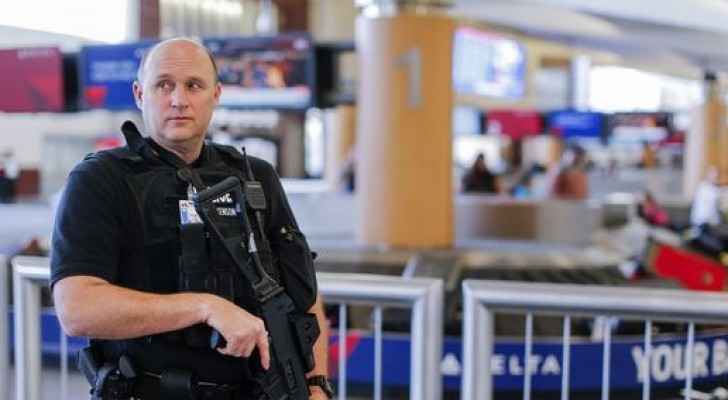 The FBI said it is investigating as an "act of terrorism" a knife attack on a Michigan airport police officer on Wednesday by a man yelling "Allahu Akbar."

The suspect, who is in custody and cooperating with investigators, is a Canadian resident in his 50s named Amor Ftouhi, FBI special agent David Gelios told a news conference.

"We're investigating this incident today as an act of terrorism," he said.

Security camera footage showed Ftouhi lingering at Bishop International Airport with baggage before pulling out a 12-inch knife, yelling "Allahu Akbar" and stabbing an officer in the neck in a non-secured, public area, police said.

The injured officer, a 16-year veteran of the airport police force identified as Jeff Neville, was out of surgery and in stable condition, state police said.

Neville wrestled Ftouhi to the ground after the assault, police said.

Authorities said Ftouhi had expressed "hatred for the United States" during questioning in custody, and were conducting joint operations in Canada and the US in the wake of the stabbing.

Canadian media reported that police were carrying out a search of Ftouhi's home in Montreal and had made two arrests in connection with the stabbing incident.

Local television footage showed the four-story building where Ftouhi reportedly lives, in the Rosemont area of Montreal, surrounded by a police cordon.

It showed three women, their faces concealed by blankets, being led away by Canadian gendarmes and provincial police officers.

"We're trying to develop further information as to his timeline and where he went after he entered the United States," he added.

No passengers were harmed in Wednesday's assault, according to the airport, which was evacuated and remained closed until further notice.