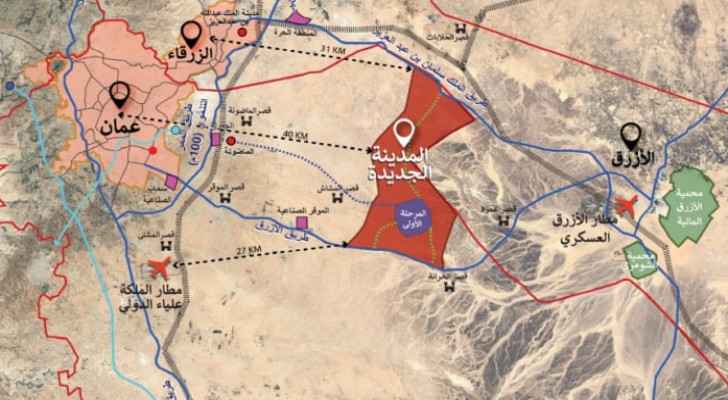 The New City project will be connected to Amman by a railway, Amman mayor Yousef Shawarbeh confirmed during a Thursday meeting of the Tourism, Antiquities, and Public Services Committee.

Authorities are planning a new city 40 kilometers east of the capital, and the Amman mayor said that it will include an advanced transportation system run on clean energy, with the goal of reducing Amman’s congestion.

Transportation and congestion are among the most important projects facing the municipality, which has implemented projects such as the Bus Rapid Transit (BRT) system to reduce traffic, Shawarbeh declared.

The BRT carries approximately 700,000 riders per month, according to Shawarbeh, significantly easing congestion.

The mayor also mentioned the need for legislative action to deter traffic violations.

On the topic of waste management, Shawarbeh confirmed that it costs about JD 80 million per year and that Amman Vision Investment and Development is looking into the possibility of using waste to generate energy.

King briefed on plans for establishing ....

Innovative idea to invest in Amman’s ....