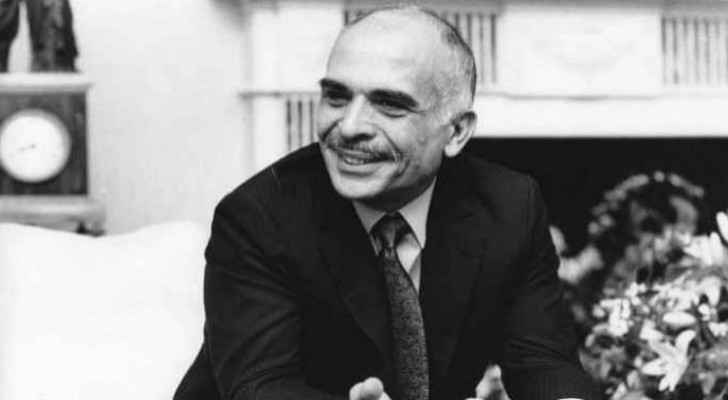 Monday, Jordanians commemorated the 87th anniversary of the birth of His late Majesty King Hussein bin Talal. He is known as the father of modern Jordan for his insightful vision, wisdom, and dedication to the people.

King Hussein was born on Nov. 14, 1935 in Amman to Prince Talal bin Abdullah and Princess Zein Al-Sharaf bint Jamil. He had two brothers, Prince Muhammad and Prince El-Hassan, and one sister, Princess Basma.

His Majesty attended Victoria College in Egypt and Harrow School in England upon completing his elementary school education in Amman. Additionally, he received a military education at the Royal Military Academy Sandhurst in England.

At the time of his passing, Feb. 7, 1999, King Hussein was the longest-serving executive head of state worldwide.

Of great significance to Muslims around the world, King Hussein was also the 4th generation direct descendant of the Prophet Mohammed.

Jordanians commemorate 86th birthday of the ....