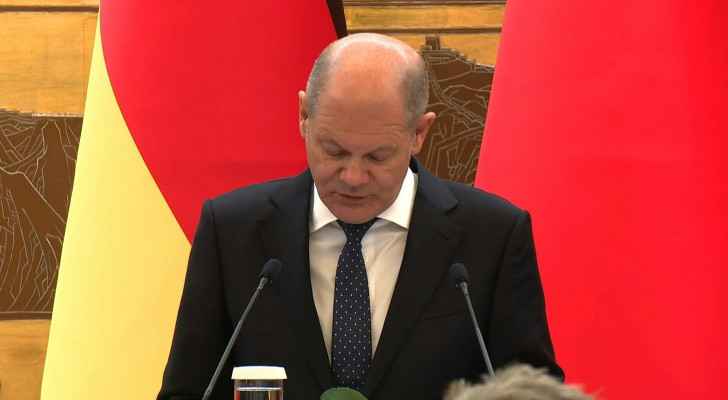 "I urge the Russian president not to refuse to extend the grain agreement which ends in a few days," he told reporters on a visit to Beijing. "Hunger must not be used as a weapon."

Russian President Vladimir Putin "told me during our telephone conversation that we should send grain free of charge to countries including Djibouti, Somalia and Sudan. We have agreed," Erdogan said in a televised address.

"We agreed to discuss this extensively at the G20 summit" in Indonesia, he added.

"We will ensure that grain ships reach all countries in need, especially Somalia, Djibouti and Sudan, which are struggling with a serious food crisis and famine."

Russia returned to a grain deal this week which allows Ukrainian exports to pass through the Black Sea.

The July agreement, brokered by the UN and Turkey, is up for renewal on November 19, three days after the G20 summit concludes in Bali.

Putin has repeatedly criticized the agreement.

On Thursday, Ukrainian President Volodymyr Zelensky said his country would not take part in the G20 if Putin attends. The Russian leader is yet to confirm whether he will or not.

One of the world's largest grain exporters, Ukraine was forced to halt almost all deliveries after Russia started a military operation in the country on February 24.

Putin insists the grain goes mainly to European countries, rather than poorer nations.

'Moral, historical rightness is on our side', Putin says ....

'Moral, historical rightness is on our side', ....

'Moral, historical rightness is on our side', ....

'Moral, historical rightness is on our ....

Not accepting Ukraine, Georgia in NATO is the ‘correct ....

Not accepting Ukraine, Georgia in NATO is the ....

Not accepting Ukraine, Georgia in NATO is the ....

Not accepting Ukraine, Georgia in NATO ....