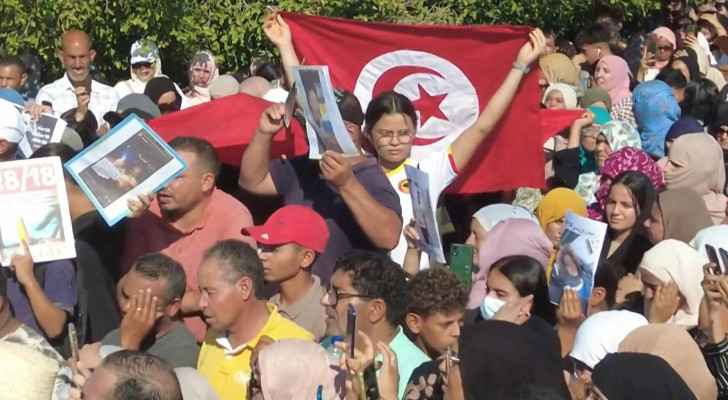 Thousands of Tunisians demonstrated and a general strike shut down the coastal city of Zarzis Tuesday, to demand a renewed search for relatives who went missing during a September migration attempt.

The city has been rocked by days of protests also fuelled by anger over the burial of four people, suspected of being missing Tunisians, in a nearby cemetery for foreign migrants -- allegedly without efforts to identify them.

"We want to know the truth," local activist Ezzedine Msalem told AFP, denouncing "a state crime perpetrated against the inhabitants of Zarzis".

Tuesday's protests come four weeks after 18 Tunisians boarded a boat headed for Italy, joining tens of thousands of clandestine migrants who have attempted to reach Europe in recent years -- many of them Tunisians exhausted by a chronic economic crisis.

Zarzis residents have been angered by reports that authorities buried four bodies found at sea -- believed to be passengers from the boat -- in a nearby cemetery for foreign migrants, mostly from sub-Saharan Africa, whose bodies regularly wash up along the coast after similar tragedies.

Those bodies have since been exhumed for identification, while another two bodies believed to be Tunisians have been found.

That would leave 12 passengers from the boat still missing.

Media reports said as many as 4,000 protesters, including relatives of the missing, marched along the city's main street.

Many held up pictures of relatives or signs saying "we want the truth".