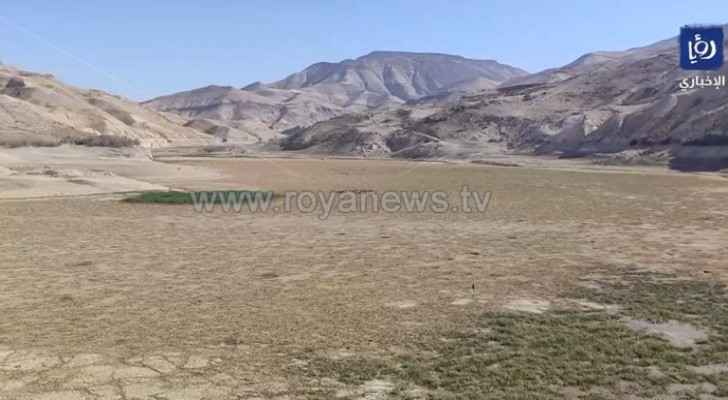 Thursday, Roya documented footage that showed Mujib Dam looking extremely dried up as a result of the depletion of water.

Experts have previously warned of the possibility of the dam drying up, in light of the significant rise in temperatures and the high demand for water, preceded by the lack of rain in the last winter season.

In a press statement, the Secretary-General of the Jordan Valley Authority (JVA), Manar Mahasneh, attributed the drought of the dam to climate change, high temperatures and poor rainfall in the southern regions.

The Mujib Dam is one of the dams that experienced drought last year, which is why it was not used in 2021.

Experts pointed out that dams are crucial for Jordan therefore a clear plans must be set in motion as the recent rainy seasons were scarce in terms of storage, in addition to high water losses.

Syria refuses to provide Jordan with ....