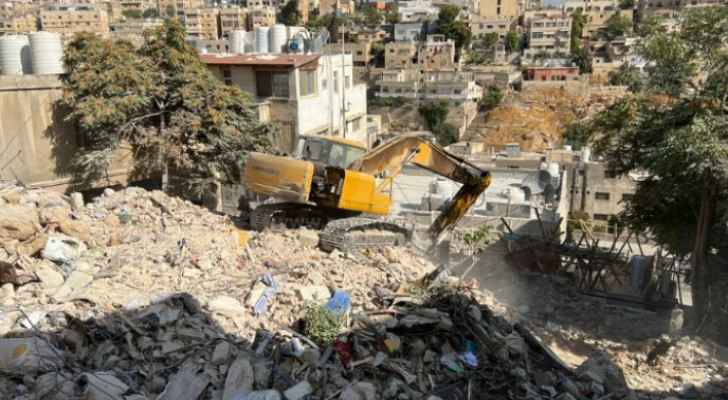 The Greater Amman Municipality (GAM), under the supervision of the Public Security Directorate, removed 3,000 cubic meters of rubble from the site of the collapsed Al-Weibdeh building.

The media spokesperson for the GAM Nasser Al-Rahamneh said that the Municipality withdrew its machines and cadres from the site after completing its mission.

On Monday, Amman’s Public Prosecutor Thaer Nassar decided to charge the owner of Al-Weibdeh collapsed building and two other people involved in maintenance work with 14 counts of causing death and 10 counts of causing harm.

The Public Prosecutor continued to listen to the testimonies of a number of families of the deceased and injured.

Notably, on Friday, the last person was pulled out dead from under the rubble of the collapsed building.