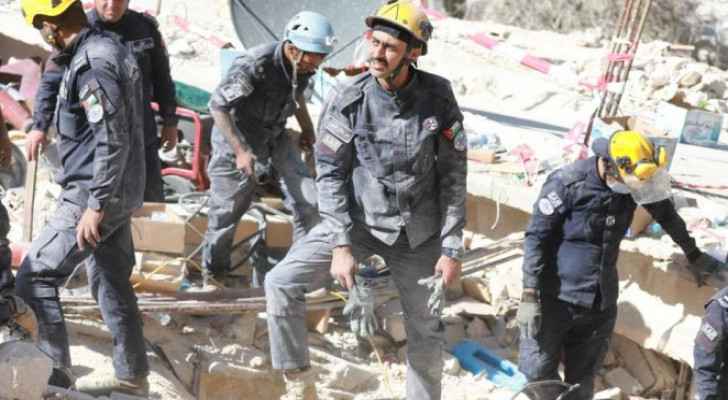 The three defendants, who were arrested in connection with the collapse of Al-Weibdeh building, denied the two charges issued against them by the Public Prosecution. This came in a public session held Sunday by the Amman Criminal Conciliation Court.

The defendants in the case appeared online before the court from the Marka Correction and Rehabilitation Center.

The three defendants pleaded not guilty to the charges issued against them.

Public Prosecutor Hassan Al-Abdallat said that the case has been referred to the competent court for the defendants to be tried on the charges issued against them.

Abdallat said that the Public Prosecution heard the testimonies of 21 witnesses in Al-Weibdeh building collapse case.

Earlier, Amman’s Public Prosecutor Thaer Nassar had issued a decision to charge the owner of the building and two other people involved in maintenance work with 14 counts of causing death and 10 counts of causing harm.

Notably, on Sept. 16, 2022, the last person was pulled out dead from under the rubble of the collapsed building.