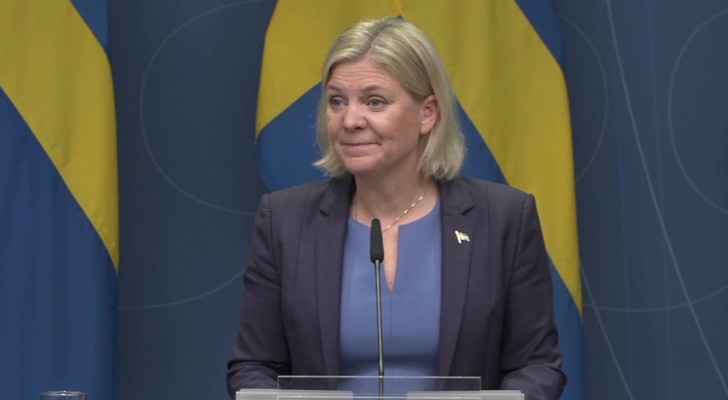 Swedish Prime Minister Magdalena Andersson on Wednesday announced that she would resign after an unprecedented right-wing and far-right bloc won Sunday's election.

Out of the Swedish parliament's 349 seats, the right-wing opposition was set to win 176, thanks in part to a surge by far-right Sweden Democrats (SD), with over 99 percent of districts counted.

Speaking at a press conference, Andersson, Social Democrats party leader, noted that it was a "narrow majority, but a majority nonetheless.

"So tomorrow I will hand in my resignation as prime minister, and the responsibility for the continued process will go to the speaker," Andersson said.

Sunday's elections were so close that tens of thousands of votes from abroad and those cast in advance had to be counted to validate the results.

Finland, Sweden hand in applications to ....