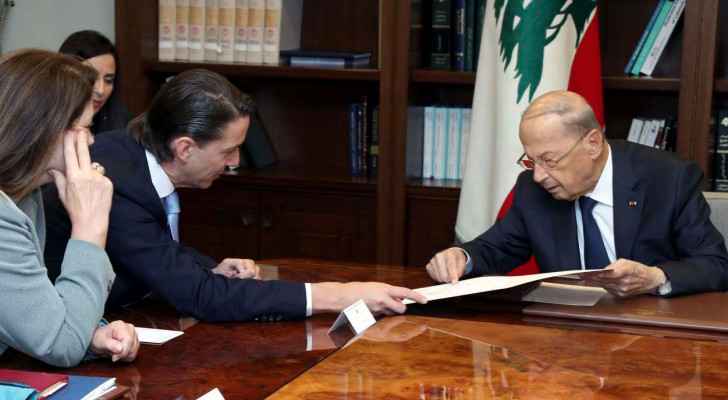 US mediator, Amos Hochstein, who visited Beirut on Friday, announced that "progress" has been made in the indirect negotiations between Lebanon and the Israeli Occupation regarding the demarcation of the maritime borders, but reaching an agreement "still requires more work."

For two years, the United States has been mediating between Lebanon and the Israeli Occupation, who are officially at war, with the aim of reaching an agreement aimed at demarcating their maritime borders and removing obstacles to extracting gas from the disputed Karish field.

Since the beginning of July, developments related to this file have accelerated following the arrival of a production and storage vessel chartered for the benefit of the Israeli Occupation by London-based Energy Plc, near the Karish field. The move prompted Beirut to demand the resumption of negotiations with US mediation.

"I really feel that we have made progress in recent weeks," said Hochstein, who arrived in Lebanon Friday for his third visit since June.

After his meeting with Lebanese President Michel Aoun, Prime Minister Najib Mikati and Parliament Speaker Nabih Berri, he added, "I have great hope after what I heard today and after the talks we had, but the matter requires more work."

Hezbollah, the most prominent political and military force in Lebanon, has repeatedly warned the Israeli Occupation against any activity in the Karish field. At the beginning of July, the Israeli Occupation army intercepted unarmed marches sent by the party towards the field. On August 22, Israeli Occupation Defense Minister Benny Gantz warned that a Hezbollah attack on Karish might lead to a new war between his country and the Lebanese Shiite organization.

The original negotiations that began between Lebanon and the Israeli Occupation in 2020, with American mediation, were halted in May of last year due to differences over the area of the disputed region.