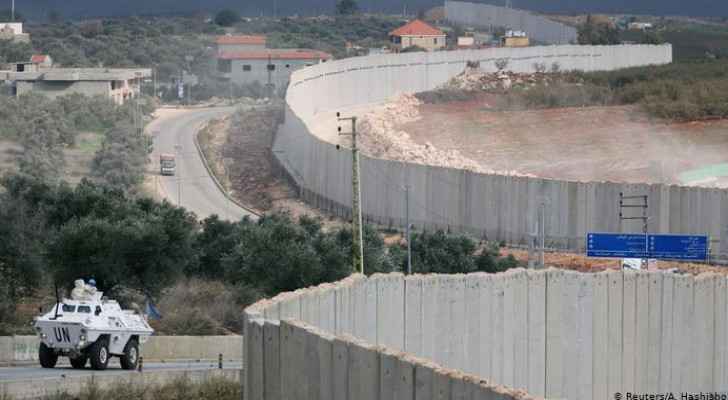 Lebanon and the Israeli Occupation resumed negotiations Tuesday to demarcate the maritime borders under the auspices of the United States after a hiatus of several months due to disputes over the area, according to the official National News Agency.

The two delegations began their meeting in the presence of the American mediator at ten in the morning (0700 GMT) at a border point of the United Nations Force in South Lebanon (UNIFIL) in the city of Naqoura, where the previous round of negotiations were held last year.

The United States announced last month that its team headed by John DeRoucher, who played the role of facilitator in previous rounds, will mediate between the delegations of Lebanon and the Israeli Occupation, starting from Tuesday.
Washington said "the resumption of negotiations as a positive step, pending a long-awaited solution.”

It was not immediately clear what led to the resumption of negotiations, which stalled in November of 2020 after only three rounds, as differences between the two parties still exist.

The negotiations were supposed to be limited to a marine area of about 860 square kilometers, according to a map sent in 2011 to the United Nations. However, Lebanon later considered that this map was based on wrong estimates, and today it is demanding an additional area of 1,430 square kilometers that includes parts of the "Karish" field in which a Greek company works for the Israeli Occupation.

The current Lebanese proposal is known as Line 29. The Israeli Occupation accused Lebanon of obstructing negotiations by expanding the disputed area.

A source in the Lebanese presidency told AFP that "the research will start from the point we stopped at, that is, from Line 29 for us."

He added, "We will not accept the line they are proposing, and they will not accept our line, so we will see what the mediator will present. There will be a take and a response in order to reach common points."

After a meeting with the negotiating delegation on Monday, Lebanese President Michel Aoun stressed "the importance of correcting the maritime borders in accordance with international laws and regulations."

And he said that "Lebanon's response to the resumption of indirect negotiations ... reflects its desire for positive results."

Last month, the caretaker prime minister and the defense and works ministers signed a decree amending the maritime boundaries. However, the decree still needs Aoun's signature in order to become effective, which has not happened yet.

In 2018, Lebanon signed the first contract to explore for gas and oil in two areas of its territorial waters, one of which, known as Block No. 9, is located in the part that is disputed with the Israeli Occupation.

Lebanon and the Israeli Occupation agreed to start negotiations after years of diplomatic efforts led by Washington. The first round of talks, which Lebanon insists on are technical and indirect, was held in October 2020.

'Progress' in maritime talks between ....