Pelosi's Asia tour set to kick off under Taiwan cloud

Pelosi's Asia tour set to kick off under Taiwan cloud 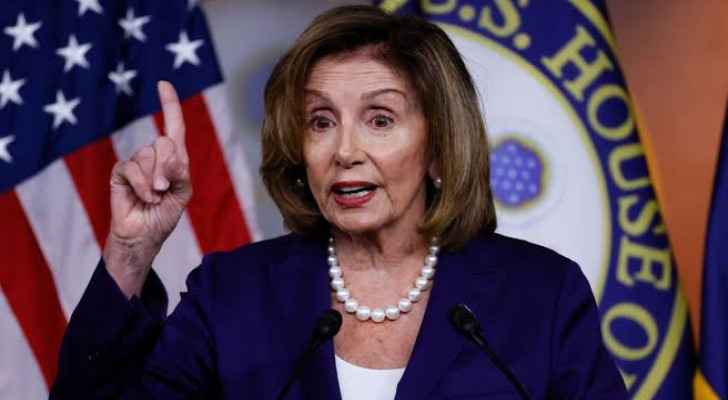 US House of Representatives Speaker Nancy Pelosi was expected to begin her Asia tour Monday in the shadow of diplomatic tensions with China, with no word yet if she will make a stop in Taiwan.

Her reported plans to visit the island have sparked strong warnings from Beijing, and even unease in the White House with President Joe Biden trying to lower the temperature with China.

Beijing considers self-ruled Taiwan its territory -- to be seized one day, by force if necessary -- and would see a visit by Pelosi as a provocation.

"The trip will focus on mutual security, economic partnership and democratic governance in the Indo-Pacific region," Pelosi's office said Sunday in a statement, referring to the Asia-Pacific.

"Our delegation will hold high-level meetings to discuss how we can further advance our shared interests and values."

The statement did not mention Taiwan.

Pelosi is expected to begin the tour in Singapore, where meetings with the prime minister and president are on the agenda.

Her delegation includes Chairman of the House Foreign Affairs Committee Gregory Meeks, as well as members of the House Permanent Select Committee on Intelligence and the House Armed Services Committee.

The United States maintains a policy of "strategic ambiguity" over whether it would intervene militarily were China to invade Taiwan.

While it recognises Beijing's claim to the island, it also backs Taiwan's democratic government.

American officials often make discreet visits to Taiwan to show support, but a Pelosi visit would be higher-profile than any in recent history.

As the House speaker, she is third in line for the US presidency and one of the country's most powerful politicians.

The last House speaker to visit was Newt Gingrich in 1997.

Biden and his Chinese counterpart Xi Jinping had a tense phone call last week that was clouded by disagreements over Taiwan.

Xi issued an oblique warning to the United States not to "play with fire" over the island.

The feverish speculation about Pelosi's Taiwan plans has coincided with an uptick in military activity across the region, highlighting the combustibility of the issue.

US officials have sought to play down the significance of a Pelosi visit, urging calm from Chinese leaders.

"We have many differences when it comes to Taiwan, but over the past 40-plus years, we have managed those differences and done it in a way that has preserved peace and stability and has allowed the people on Taiwan to flourish," US Secretary of State Antony Blinken said Friday.

In Taiwan, there have been mixed views about the prospect of Pelosi visiting, but figures from both the ruling party and the main opposition have said the island should not cave to Chinese pressure.

China says US will 'bear all consequences' if Pelosi ....

China says US will 'bear all consequences' if ....

China says US will 'bear all consequences' if ....