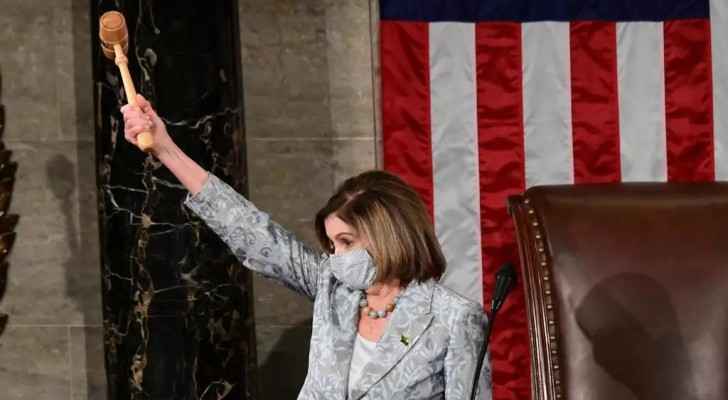 Democrat Nancy Pelosi was reelected as speaker of the US House of Representatives Sunday by a slim majority during the first session of the 117th Congress Sunday.

Pelosi, an 80-year-old from California, who was Donald Trump's main opponent during the second part of his presidency, is returning to her position for two years despite the reluctance of some voters in her party. Five Democrats did not vote for Pelosi, despite all Republicans voting for Republican candidate Rep. Kevin McCarthy.

The majority in the Senate remains unknown for the time being pending runoff elections in Georgia, which will determine the balance of power in Washington when Democratic President-elect Joe Biden takes power Jan. 20.

Pelosi, now in her fourth term, became the first woman to hold the position of speaker of the House in 2007.

Trump vetoes defense budget, says its 'gift to China and ....