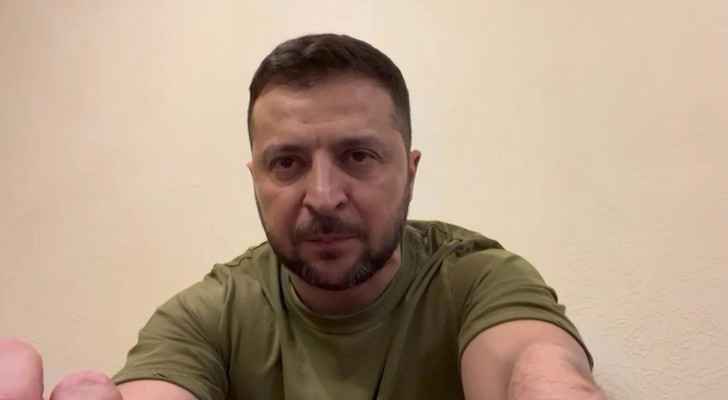 President Volodymyr Zelensky said Friday the shelling of a prison in the separatist-controlled east holding Ukrainian servicemen was a "deliberate Russian war crime" that had claimed more than 50 lives, reported AFP.

"Today I received information about the attack by the occupiers on Olenivka (the prison's location), in the Donetsk region. It is a deliberate Russian war crime, a deliberate mass murder of Ukrainian prisoners of war. More than 50 dead," he said in his daily address.

Russia and Moscow-backed separatists had earlier on Friday accused Kyiv's forces of striking the jail, saying dozens of people died and scores were wounded.

Russian television showed what appeared to be destroyed barracks and tangled metal beds.

AFP reported that it also showed blurred images of what looked like human bodies.

The Russian defense ministry said the Ukrainian prisoners of war included members of the Azov battalion, who defended the Azovstal plant in Ukraine's port city of Mariupol.

Russia describes the former paramilitary unit, which has previous links to far-right groups, as a neo-Nazi organization.