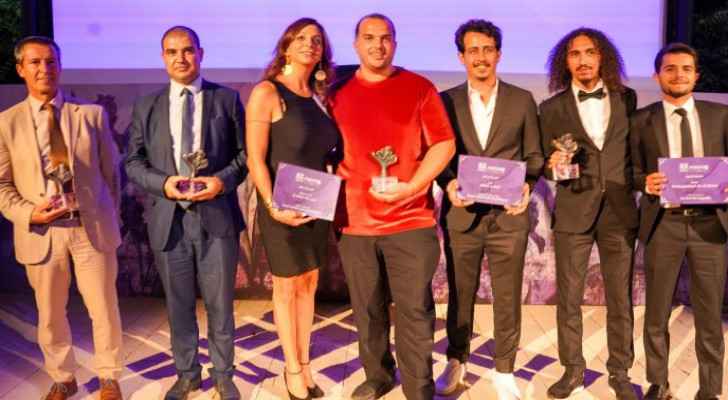 Amidst much anticipation and excitement, the Juries of the Amman International Film Festival – Awal Film (AIFF) announced, today, the winning films of the Black Iris Awards in the three Arab competitive categories at the closing and awards ceremony of the third edition held at the Royal Film Commission – Jordan. Prince Ali Bin Al Hussein and the Festival’s President, Princess Rym Ali, attended the ceremony along with a number of Jordanian personalities, competing filmmakers, the Festival’s partners and guests as well as local, regional and international media outlets.

For eight days, the Jordanian capital embraced a cultural event celebrating Arab talents, as the Festival offered the audience in Jordan a unique opportunity to watch a rich selection of 49 narrative and documentary movies, Arab and international from 29 countries all recent productions, in three venues: the Drive-in cinema in the Abdali area, especially built for the Festival, as well as the open-air theater at the Royal Film Commission and TAJ Cinemas. Filmmakers were present at the screening of their films and met the audience through inspiring discussions.

This year, the AIFF hosted some 150 guests from abroad, including directors, producers and film experts, in addition to the Jordanian filmmaking community. Stemming from the Festival's belief that the audience is the core of its success, some screenings were also organized in Irbid, Salt and Aqaba in order to reach the largest possible audience across the Kingdom.

In parallel to the screenings, the Festival organized the “Amman Film Industry Days” (AFID) which presented a series of workshops and panels related to filmmaking as well as pitching platforms for projects in development and post-production whose awards were announced last night.

Commenting on the Festival’s commitment to support and highlight fist time achievements, Nada Doumani, AIFF’s Director, said: “We are happy with the cultural hype it generated in the country. The Festival didn’t only build bridges between its guests but also between cinema professionals and the public at large.” She added: “The Festival is an incubator for talents and different narratives which speak to our minds and emotions.”

The Jordanian Artist Zain Awad presented the and invited the juries on stage to reveal the winning films.
Among the 11 competing movies in the Arab feature narrative films category, the jury composed of the director-writer Nadine Khan the journalist and film critic Luciano Barisone and the novelist and playwright Samiha Khrais awarded the Black Iris Award for Best Arab Feature-Length Narrative and a cash prize of $20,000 for the Algerian film “Soula” by Salah Issaad. The jury also gave a Special Mention to the Somali film “The Gravedigger’s Wife” by Khadar Ahmed.

In the Feature-Length Arab Documentary category (seven competing films), the Palestinian-Syrian film “Little Palestine, Diary of a Siege” by Abdallah Al-Khatib won the Black Iris Award for Best Feature Length Arab Documentary along with a cash prize of $15,000. For this category, the jury included the film producer Irène Challand, the editor Phil Jandaly and the director and producer Aseel Mansour. The Special Mention went to the Iraqi film “Take Me to the Cinema” by Albaqer Jafeer, whereas the Lebanese film “The Blue Inmates” by Zeina Daccache received A Special Mention for its Editor Myriam Geagea.

The Arab Short Film jury, composed of the theatre and cinema actress Carmen Lebbos, director Ameer Fakher Eldin and the producer and screenwriter Nadia Eliewat granted the Black Iris Award for Best Arab Short Film, and an award of $5,000, for the Algerian film “My Mother’s Voice” by Mourad Hamla, for the category where 14 short films competed. The jury awarded a Special Mention to the Jordanian film “The Mission” by Mohammad Dabbas.

The AIFF gave the audience the chance to vote for their favorite film in the International Films section, in which nine films from foreign countries around the world participated, and the public chose “The Crossing” directed by the French director Florence Miailhe with a prize of $5,000, in addition to The Black Iris for Best International Film. 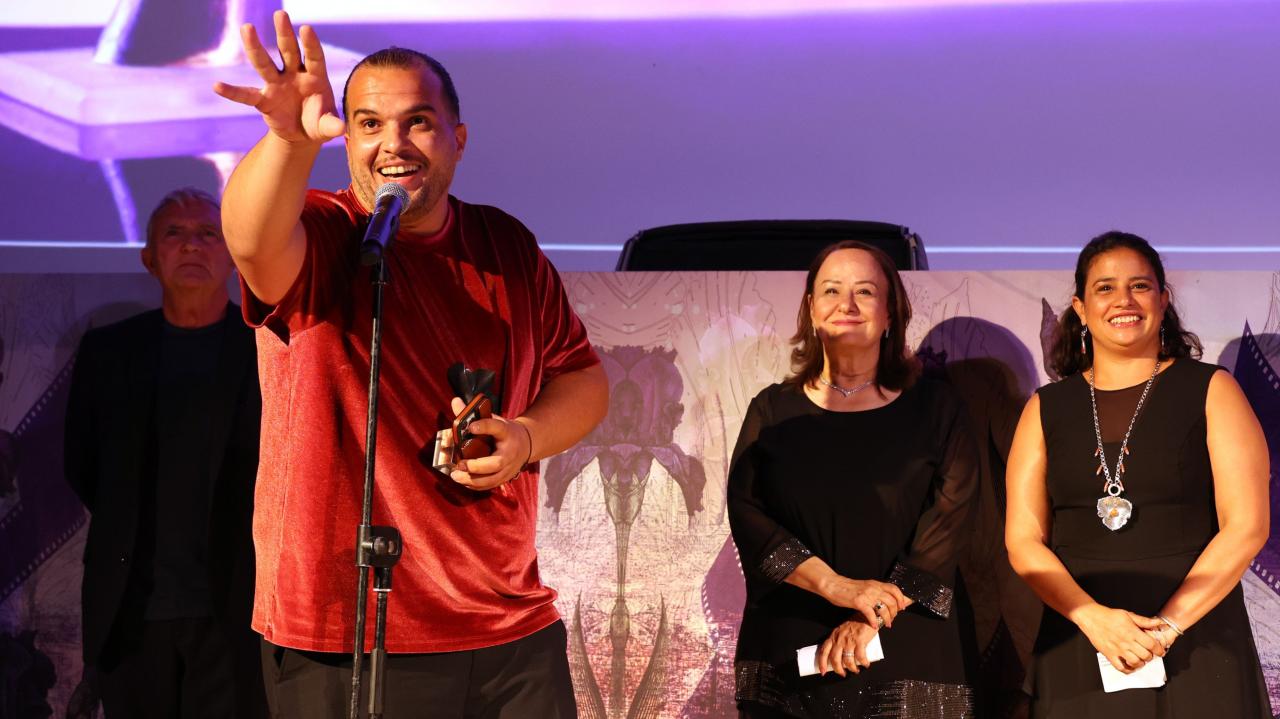 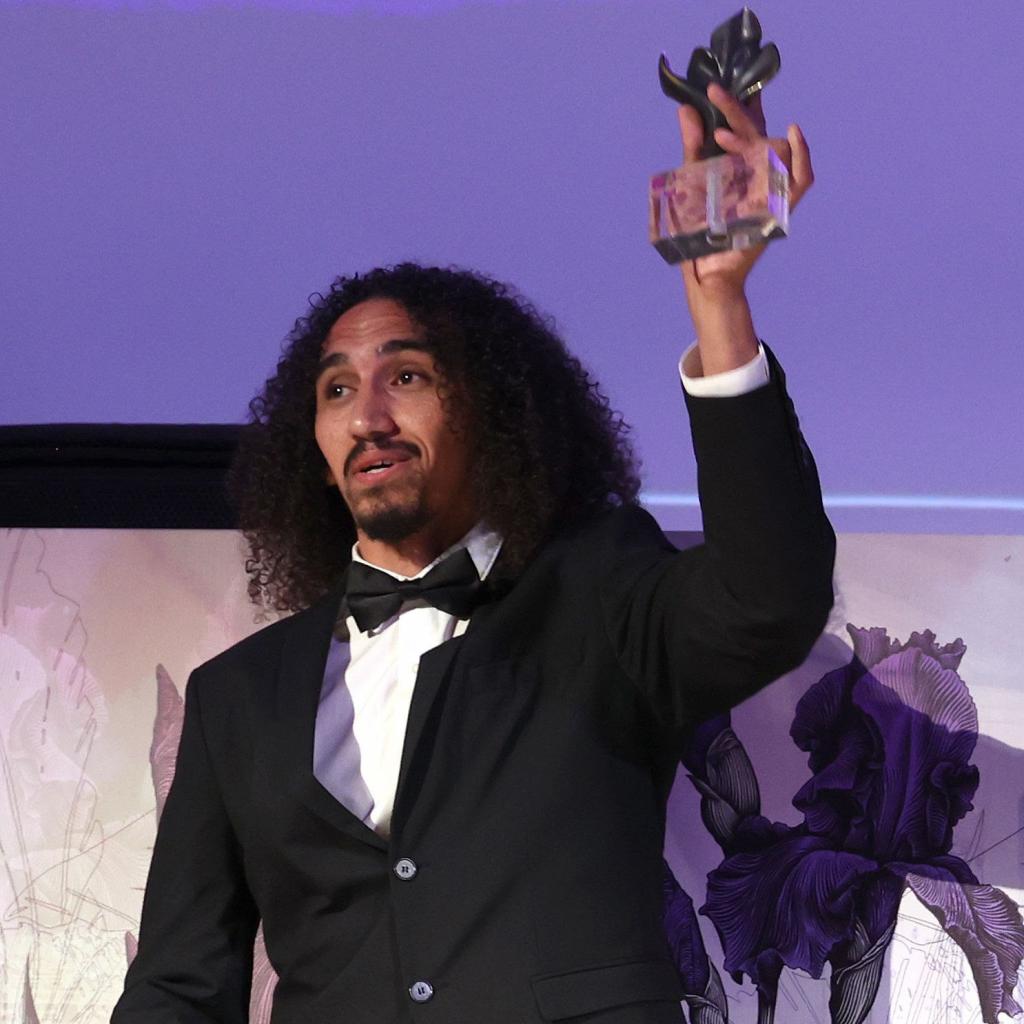 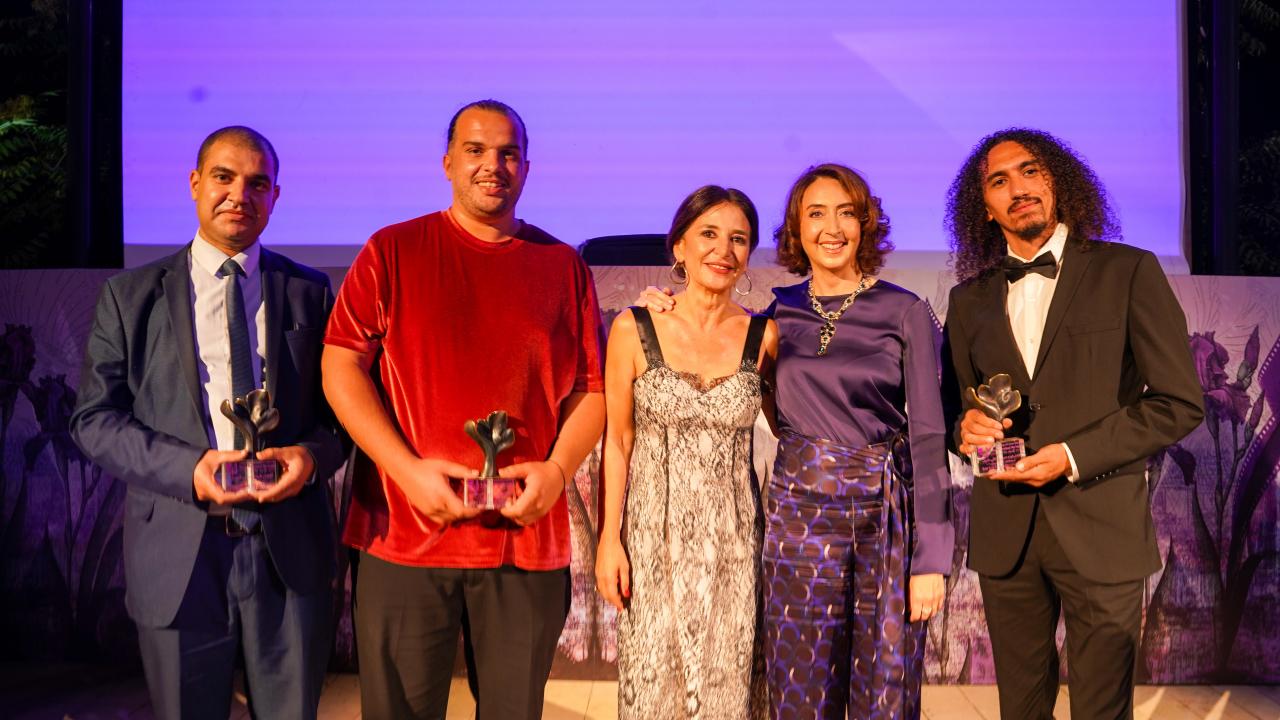 One injured after being run over by car in ....

One injured after being run over by car ....