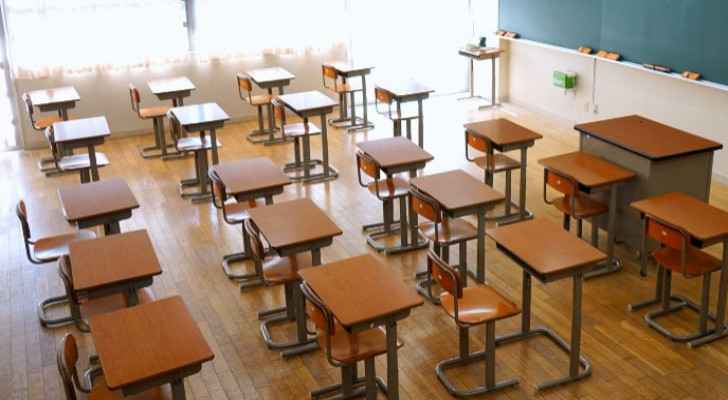 The administration of the Bahrain Educational Complex School issued a statement regarding what was reported on social media on the subject of the late teacher Ruba, whose story went viral on social media after she passed at eight months pregnant after the school she worked at did not provide her with the necessary treatment, according to what was circulated.

The school began its statement mourning the loss of the teacher “who left a void with her manners, morals and knowledge, and she was one of the distinguished.”

They added “unfortunately, with the development of social media and the rapid spread of news, it is not possible for the means of communication or news carriers to verify the matter and listen from both sides.”

Along with the statement, the school sent out two images, one of which contains the contract of the late teacher and the second one contains the salaries of around 20 teachers, which amounts to JD 260, almost USD 367, denying what was reported regarding her salary being JD 140 dinars, which is less than the minimum wage in Jordan.

The school also denied what was reported on social media regarding the teacher’s health situation deteriorating because of their lack of care or that she was subjected to any stress at work.

Additionally, they rejected the claims that said she had worked extra unpaid hours, saying that no one at the school works any extra hours.

The school said that on March 14, 2022, Ruba had asked for a leave of absence because she was feeling tired and “she was immediately allowed to leave and was asked if she wanted to go to the hospital to which she replied that she is fine and her husband will be the one to take her to the hospital.”

“She sat and waited along with a few other teachers who were with her and can confirm the incident and that her condition was stable as she chatted with the teachers and was not unconscious as it was said,” the statement continued.

“When her husband took her to the hospital she was advised to see a gynecologist and assured her colleagues that she returned home and will see one later on.”

The school statement added that they learned that a day later, the teacher visited the hospital for a check up and three days later fell into a coma, and according to what they had heard, was because “she had had a stroke two years prior and that she suffered from high pressure and was taking some medications for this condition and that there is a medical recommendation not to get pregnant for the sixth time as it affects her health.”

The school added that she remained hospitalized until passing away on March 25, 2022.