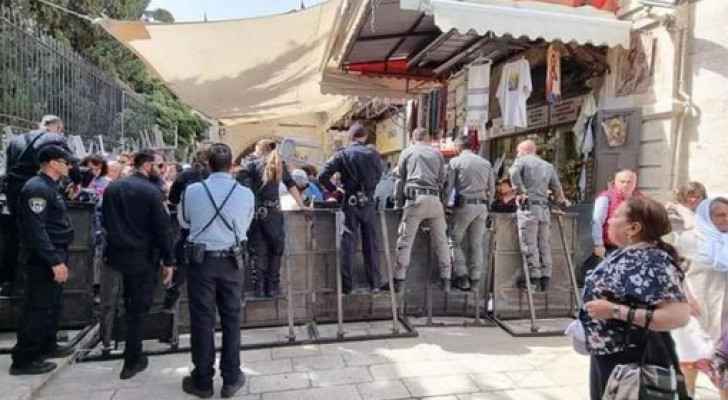 This sparked Christian outrage and caused pilgrims, notably Palestinian Scouts, to close off and play their instruments in the middle of the main road.

Israeli Occupation said it is taking such measures for safety reasons to prevent a repeat of last year’s stampede in Mount Meron.

Notably, another video saw a police officer attempting to segregate Christians by having Arabs stand on one end and foreign Christians to stand on the other. In addition to segregating people by colored bracelets.

Church leaders announced their rejection of any restrictions on principle, saying they infringe on religious freedom, according to Alarabiya.