Around 41,000 Syrian refugees left Jordan voluntarily for Syria since 2018

Around 41,000 Syrian refugees left Jordan voluntarily for Syria since 2018 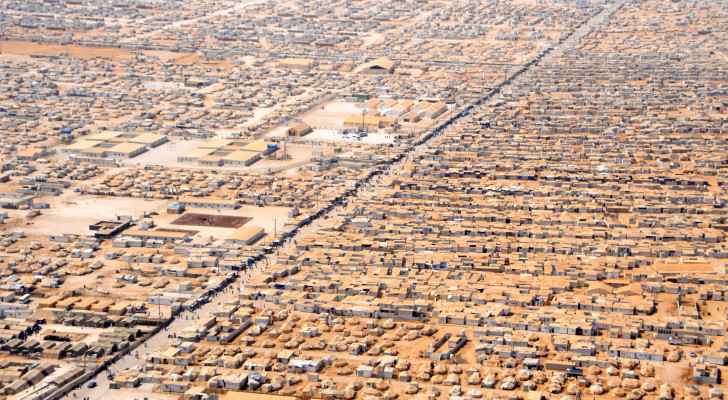 UNHCR Representative in Jordan, Dominik Bartsch, said in a press conference attended by Roya News English on Thursday that since October 2018, around 41,000 Syrian refugees have returned voluntarily to their country.

However, he noted that this number remains small as it only constitutes about five percent of the total number of registered Syrian refugees in the UNHCR residing in the Kingdom- which is around 1.3 million people.

In 2019, before the world was hit by the coronavirus pandemic, around 30,000 Syrian refugees in Jordan returned to their homeland. However, this number decreased significantly in 2020 due to renewed destabilization of the situation in the country, the COVID-19 pandemic and the closure of borders.

When asked about the current condition of those who were able to return to their homeland during the past three years, Bartsch said “We are following up with some of those who returned, but there are others who we are not able to reach due to the absence of communication in the regions they are residing in.”

Bartsch stressed that before discussing the return of Syrian refugees to their homeland, decent living circumstances and safe conditions should be guaranteed.

He said that the UNHCR conducted an opinion poll among the Syrian refugee community, which indicated that most of them want to go back to their country, but they cannot do that now due to the current situation there.

“We support all political efforts to find a peaceful solution to end the conflict,” he said, noting that “at the same time we cannot urge the refugees to return now because the conditions [in Syria] are not good.”

He pointed out that the lack of security and stability is not the only reason Syrian refugees cannot go back, but the absence of services such as education and health, as well as the low number of job opportunities are also main contributors.

Bartsch stressed the need to take into consideration that some refugees will not be able to return to Syria for reasons related to losing their homes and belongings.

During the press conference, Bartsch also spoke about the difficulties faced by the UNHCR in relation to obtaining funding from different humanitarian agencies.

He noted that some agencies announced that they cannot provide fundings because more than ten years have passed since the Syrian crisis began and it is no longer an emergency.

However, Bartsch stressed that every year the UNHCR launches a tender for funding, and even if the full amount is not covered, the commission makes sure that they have the minimum to cover necessities, noting that there will be no sudden drop if the funding is organized well.

He expected that with time, there will be pressure on humanitarian funding, but “if we coordinate together, the funding crisis can be avoided, by working together with the donor community.”

One of the questions he was asked was about Syrian refugees leaving Jordan for European countries and some getting stranded at the borders. He explained that UNHCR is conducting awareness campaigns for refugees in which they inform them of the dangers that other refugees have faced.

Bartsch, however, stressed that the UNHCR will not prevent anyone who wants to leave the country, but is working to educate them about areas that may expose them to danger.

He also spoke about the third country resettlement, noting that a large number of refugees in Jordan were given this advantage and most of them left for Canada and European countries.

This measure eases the pressure on Jordan as well as guarantees new opportunities for refugees, he said.

Bartsch was also asked about the reality of the refugee camps and the caravans used there. He said that caravans are a much better option for refugees in comparison to tents.

However, the lifespan of these caravans is only six years, and now many of the caravans in Zaatari camp have been there for eight years, and they need maintenance.

"We started discussions on how to invest and implement a more feasible system, which includes benefiting from the camp's infrastructure in the future," Bartsch noted.

Additionally, the coronavirus pandemic and its repercussions have been discussed during the press conference.

He said that UNHCR appreciates Jordan's efforts to make refugees part of its COVID-19 response plan as they are included in Jordan’s vaccination campaign.

Bartsch said that the rate of vaccinations inside the Syrian refugee camps in Jordan amounted to 74 percent, while among refugees in the host communities it only reached about 43 percent of those eligible to receive it.

Notably, Jordan was the first country to offer the coronavirus vaccine to refugees.

As for the negative economic impacts of the pandemic on refugees, Bartsch said many refugees, just like Jordanians, lost their jobs.

He lastly spoke about the UNHCR’s plan in 2022, saying that it includes focusing on greater efforts to help the refugees obtain job opportunities, training them and making them participate in the economic growth.

This also includes integrating and involving Jordanians in training programs and creating job opportunities for them as well, he added.