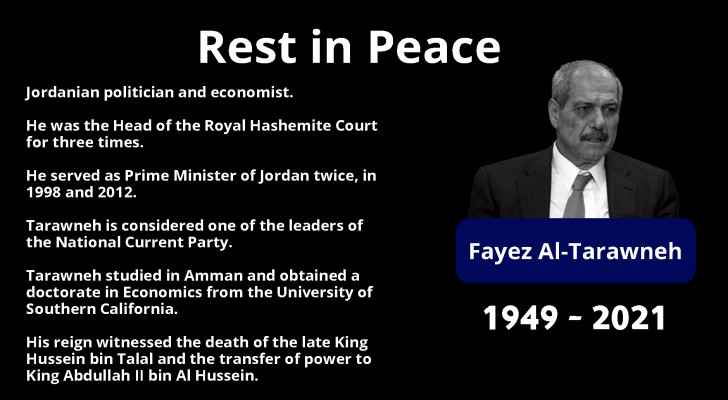 The former Jordanian Prime Minister and former Head of the Royal Court, Dr. Fayez Al-Tarawneh, passed away after a long fight with a terminal illness.

Tarawneh passed away at dawn, according to statements made to Roya by the Assistant Director-General of the King Hussein Cancer Center for Patient Affairs, Dr. Munther Hawarat.

Muna Tarawneh, niece of the former prime minister, also confirmed his death to Roya, and said that he passed away at dawn.

The late Prime Minister assumed many official positions and his service in the Royal Hashemite Court began in the Department of Protocol in 1971.

He left the Royal Court in 2018 after presiding over it three times for more than nine years.

For more information about the life and achievements of the late Prime Minister, watch the following video: