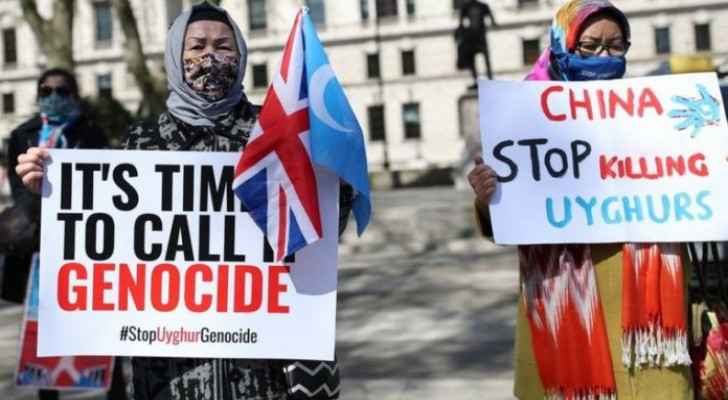 The United Nations Friday expressed its 'grave concern' over the findings of a report by a group of experts on violations of the rights of the Uyghur minority in China, saying that an investigation by the international organization should be published as well.

After several months of investigation, a group of lawyers and human rights experts meeting in London on Thursday concluded that China is committing genocide and crimes against humanity in its treatment of the Muslim Uyghur minority.

In response to a question about this issue, the spokesman for the United Nations High Commissioner for Human Rights in Geneva, Robert Colville, did not want to comment on the issue of "genocide," noting that the international organization had not verified the results of the investigation.

But he said, "The 'Uyghur court' has brought to light new information that raises grave concerns about the treatment of Uyghurs and other ethnic Muslim minorities in Xinjiang."

"As for the substance - of course we're still studying it, it's a long document - but of course we identified similar patterns of arbitrary detention, ill-treatment in institutions, forced labor practices, and the erosion of social and cultural rights."

In a 63-page report, the experts pointed out that there is no evidence of massacres against the Uyghurs, as defined by the definition of genocide in international law. However, the "elements of intentional genocide" defined by the Convention on the Prevention and Punishment of the Crime of Genocide are "proved."

The United States has previously described China's treatment of the Uyghurs as genocide, and along with many other Western countries it is carrying out a diplomatic boycott of the upcoming Winter Olympics, expected from February 4-20, 2022 in Beijing.

In Geneva, Colville reiterated "the need for a full and independent assessment of the human rights situation in Xinjiang."

He announced that the High Commissioner is "finalizing its own assessment of the available information on allegations of serious human rights violations," in a report that could be published "within a few weeks."

The United Nations High Commissioner for Human Rights, Michelle Bachelet, has been demanding for years Beijing to grant it "unimpeded access" to Xinjiang, but no such visit has been possible so far, as Colville announced.

Beijing rejects any UN investigation and considers any visit to the region to be "friendly."

According to human rights organizations, Beijing arbitrarily detains one million members of the Uyghur minority and members of another Turkic-speaking minority in camps in Xinjiang, a very large region in western China at the borders with Afghanistan and Pakistan.

But China denies the existence of this number in detention centers and asserts that the latter are vocational training centers dedicated to helping the population find jobs with the aim of keeping them away from the path of Islamic extremism.