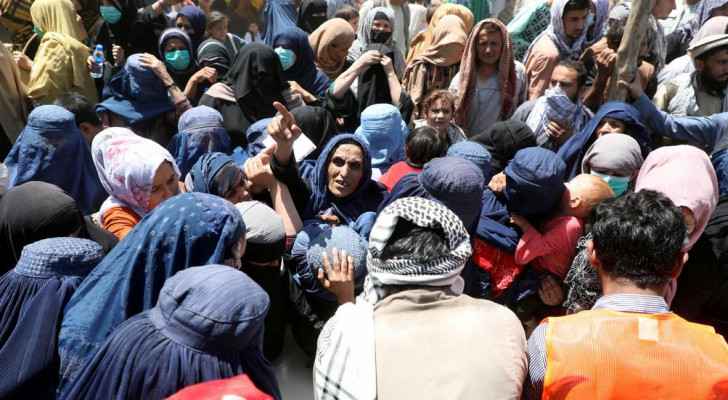 Asylum claims in Europe hit a five-year high last September, as many Afghans sought to find a foothold outside the country after the Taliban seized power in Kabul.

The European Asylum Support Office, which counts the number of applications in the 27 member states of the European Union in addition to Norway and Switzerland, revealed that 71,200 asylum applications were submitted in the bloc.

This is the highest monthly figure since November 2016, with the number of Afghans among arrivals increasing by 72 percent in just one month.

In August, the hardline Taliban seized the Afghan capital after a 20-year war against the former regime backed by Washington.

Despite calm on the fighting fronts there, the country is facing its worst drought in two decades, exposing millions of Afghans to one of the world's worst humanitarian disasters.

The other main countries from which refugees come are Syria, Turkey and Iraq, many of whom arrive across the Belarus border.

Brussels accuses the Belarus regime of directing potential refugees to Poland and Lithuania, but Minsk denies this.

Poland has set up barbed wire and soldiers on its borders, while the European Union has imposed sanctions on Belarusian officials, airlines and travel agencies.

Not all applications submitted by the authorities are usually accepted. In September, the number of arrivals granted refugee status rose to 41 percent, the highest number since April last year.