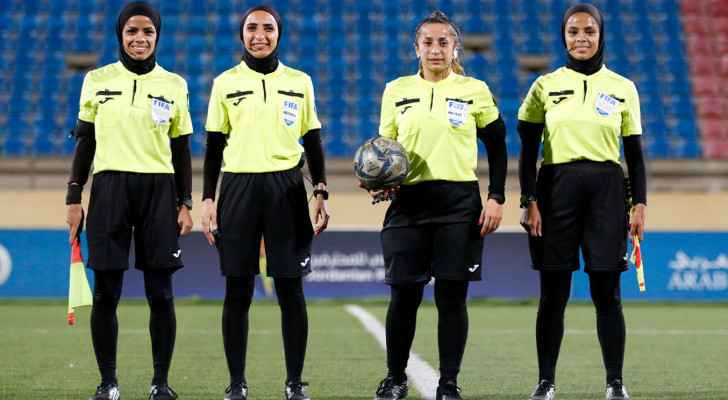 The Jordan Football Association (JFA) announced on Thursday the appointment of an all-female referee team to supervise a Jordanian Pro League match for the second time in the country’s history.

The match will take place in the final week of the Jordan League Division 1, between the teams of Mansheyat Bani Hasan and Al-Karmel SC next Sunday, at Prince Ali Stadium in Mafraq.

The referee team has already made history in an unprecedented moment when they supervised a Jordanian Pro League match two weeks ago.