US denies having any intention of normalizing relations with Assad 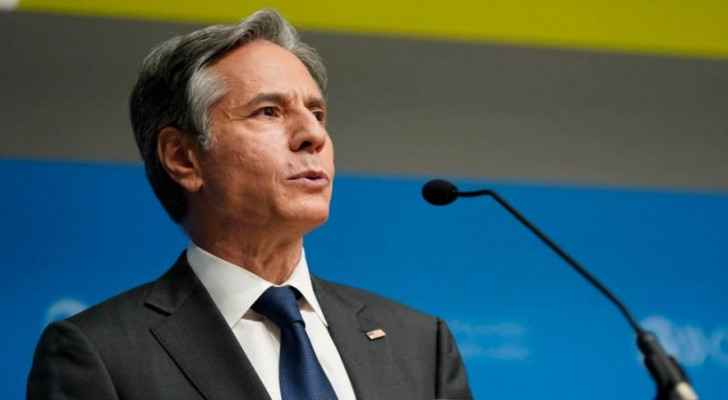 US Secretary of State Anthony Blinken reiterated on Wednesday the US position opposing the normalization of relations with Syrian President Bashar al-Assad, despite mounting criticism about the US silence, which would reflect tacit acceptance of this.

Blinken said during his meeting with his Israeli Occupation and Emirati counterparts that President Joe Biden's administration policy on Syria focuses largely on humanitarian relief.

He declared during a press conference, "What we did not do and do not intend to do is to express any support for the efforts aimed at normalizing relations," with Assad, without explicitly naming the latter as the president.

He pointed out that the United States "has not lifted any sanctions imposed on Syria or changed its position against the reconstruction of Syria unless irreversible progress is made towards a political solution that we believe is necessary and vital."

Last year, the US Caesar Act, which imposes sanctions on every company that deals with the Assad regime, which seeks to rebuild its country after more than 11 years of war, entered into force.

The Caesar Act, which is accompanied by a package of US sanctions imposed on Syrians close to Assad, aims to hold accountable the human rights violations committed by the Syrian regime and encourage a political solution in Syria.

Last March, the UAE confirmed that the Caesar Act would make it difficult for Syria to return to the Arab League.

However, Arab countries have recently begun to open up to Assad. Jordan's King Abdullah II, a key US ally, spoke earlier this month with the Syrian president by phone for the first time since the start of the conflict in Syria.

Syria recently worked with Egypt and Jordan to secure gas and electric power for neighboring Lebanon, which has been suffering from a severe fuel crisis for months, and from which Syrian forces withdrew in 2005.

Syria has been witnessing a bloody conflict since 2011 that has caused the deaths of about half a million people, caused massive destruction to infrastructure and productive sectors, and led to the displacement and displacement of millions of people inside and outside the country, and allowed the rise of Daesh.