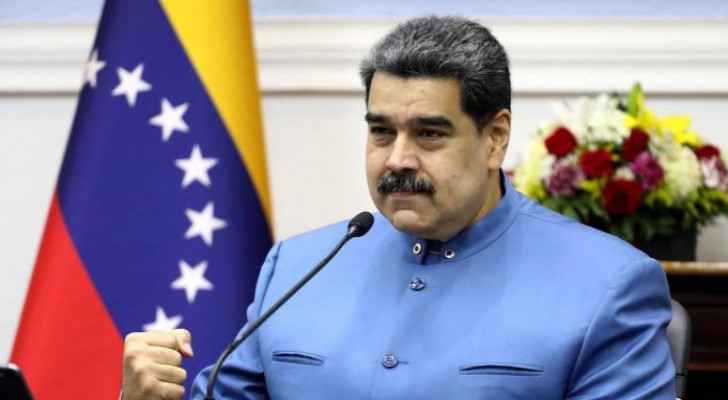 Venezuelan President Nicolas Maduro said Tuesday that Spain "offends" America's memory when it celebrates its National Day on Oct. 12, the day Christopher Columbus arrived, because this date represents the "genocide" of the indigenous population.

"It is an insult to all of America that the King of Spain continues to celebrate (the anniversary) of October 12, the day that marked the beginning of American colonialism and the greatest genocide in history, by celebrating it as a national day, as if it were a civilized day," Maduro said.

In a speech to his supporters gathered in front of the presidential palace, he indicated that he would publicly publish a "letter to the King of Spain" in which he expresses "with great respect," "what is in the heart of our people's minds."

He said that this message would reflect the discontent of the indigenous population.

On October 12 Spain celebrates its National Day, also called "Spanish Day," which commemorates the arrival of Christopher Columbus to America in 1492.

In Venezuela, since 2002 under the late President Hugo Chávez (1999-2013), this date has become the "Day of Indigenous Resistance." A rally is organized in Caracas on this occasion.

"We join the voices in America calling for the King of Spain to correct his position, and to think and ask America's forgiveness for the genocide that lasted 300 years," Maduro added.

In Guatemala, about 1,000 people took part in a march in the capital on Tuesday, during which they tried to bring down a statue of Columbus, an AFP photographer said.

The demonstrators marched on Reforma Street in an affluent area in the southern suburbs of the capital Guatemala, holding a banner that reads "October 12 Day of Dignity, Indigenous and Black Resistance and Popular Resistance".

Marching for three kilometers to the old government palace in the historic center of Guatemala City, protesters tried to bring down a bronze statue of Columbus and damaged a similar statue of former President Jose Maria Reina (1891-1898) on the very busy avenue.

"We march to say that on October 12th we have nothing to celebrate about the invasion, but rights that we want to demand," one protester wrote on social media.

He added, "The memory of this sad day is the memory of the day of the invasion, and it talks about looting, theft and multiple violations."

According to a video clip posted on social networking sites, the participants put a rope to pull the statue of former President Rina, bent it and cut off his head.

But they could not achieve this with the statue of Columbus on a globe representing the world.

The statues of the Genoese navigator have been dropped or vandalized in recent years in various countries of America, often by groups bearing him responsible for the colonization and conquest of the continent by Europeans.

Guatemala is the country with the largest indigenous population in Central America, making up 42 percent of the 17 million people.