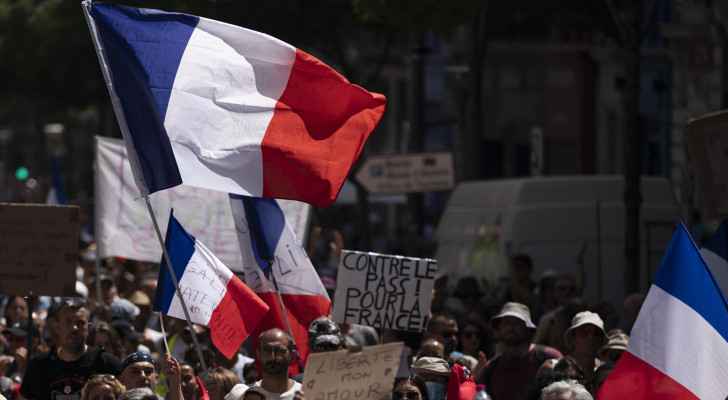 Nicolas Sarkozy -- who was sentenced to a year in jail Thursday for illegally financing his 2012 re-election bid -- is one of several former French presidents and prime ministers who have been found guilty of graft and fraud.

Former right-wing president Nicolas Sarkozy has faced a long list of probes into corruption and campaign financing violations since he left office in 2012 and lost his legal immunity.

In 2017 he was charged with illegal financing of his failed 2012 campaign, and in 2020 became the first French ex-president to stand trial on corruption charges.

Thursday's verdict comes just six months after he got a three-year term -- two of those suspended -- for trying to bribe a judge with a plum retirement job in exchange for inside information on an inquiry into his campaign finances.

But the 66-year-old will be able to serve his time outside prison, likely at home wearing an electronic bracelet.

Sarkozy has appealed both convictions.

Sarkozy's former prime minister, Francois Fillon, was last year sentenced to five years in prison, three of them suspended, for orchestrating a fake job for his wife in a scandal that arguably cost him the presidency in 2017.

Fillon's Welsh-born wife Penelope was given a suspended three-year sentence for participating in the scheme that saw her paid over one million euros in public funds over a 15-year period.

Former conservative president, Jacques Chirac (1995-2007) became the first president to be convicted for graft in 2011 when he was given a two-year suspended sentence for siphoning off public money to pay people working for his political party while he was Paris mayor.

The ailing 79-year-old was too ill to attend his trial, nor did he appeal.

Prime minister under Chirac from 1995 to 1997, Juppe was sentenced to a 14-month suspended jail term in 2004 in a separate scandal over fake jobs for members of his right-wing RPR party at Paris city hall between 1988 and 1995. He was also barred from public office for one year.

The European Court of Justice convicted Edith Cresson -- France's prime minister from 1991 to 1992 -- for favouritism in 2006 for granting a job to a friend while she was a European Commissioner in Brussels in the late 1990s.