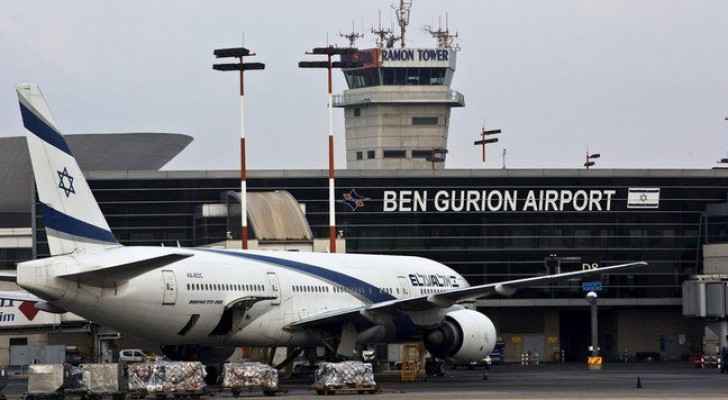 The Israeli Occupation's Ministry of Health announced it had taken new measures to limit the spread of the coronavirus, noting the surge in cases is mainly due to travel and Ben Gurion Airport, which the Israeli Occupation health officials considered a “very worrying indicator.”

“As long as we have travel inside and outside of [the Israeli Occupation], then we will have outbreaks among people, vaccinated and unvaccinated, and primarily among students,” said the director of the Center for Travel Medicine and Tropical Diseases at Sheba Medical Center, Tel Hashomer.

The high rate of COVID-19 infections comes in conjunction with the huge increase in the number of flights to and from Ben Gurion International Airport, and the high demand of travel in recent weeks, especially to countries classified as high risk.

Accordingly, the new Minister of Health, Nitzan Horowitz, announced Monday, the tightening of enforcement campaigns at the airport during the next few days, so that fines of thousands of shekels will be imposed on those “traveling to forbidden countries and all travelers who violate the Ministry of Health’s travel instructions and pose a threat to their lives.”

"We will put into place strict measures to monitor Ben-Gurion Airport to manage outbreak morbidity and to maintain public health," he said.

Horowitz blamed the airport crisis on his predecessor in office, saying "It became clear that the ban on flying to these countries, set by the previous government, did not include effective enforcement mechanisms."

It is worth noting that, according to the regulations and instructions imposed by the Israeli Occupation's Ministry of Health, it is prohibited to travel to six countries in the world that are classified in the high-risk list, namely: Argentina, Brazil, South Africa, India, Mexico and Russia.

Despite this ban, individuals have traveled to these countries in recent weeks, despite the very high rates of infection in them, and even after their return from travel, they were not pursued by any enforcement or authority to monitor PCR tests, quarantine, and so on.

It is expected that a group of new countries will be added to the list of "forbidden" countries, namely: the UAE, Uganda, Uruguay, Seychelles, Ethiopia, Bolivia, Maldives, Namibia, Nepal, Paraguay, Chile, Colombia, Costa Rica and Tunisia.