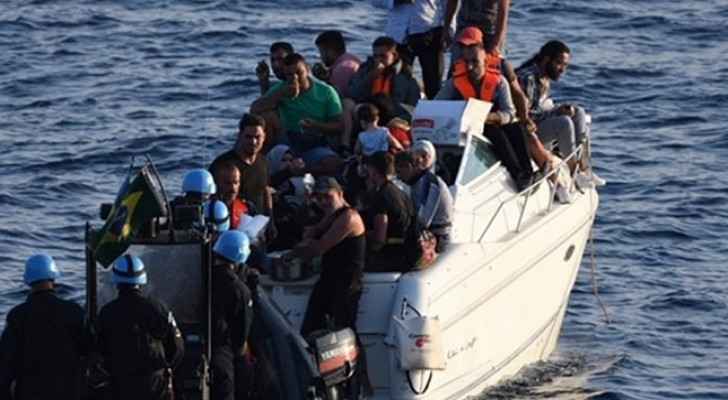 Sunday, the Lebanese Army thwarted a fleeing attempt five miles off the coast of Tripoli.

In light of an economic crisis that has crippled Lebanon's economy and sent hundreds into poverty, fleeing attempts have increased tenfold in the last year.

The army command said in a statement that "a unit of the navy stopped a boat that was spotted at a distance of 5.5 nautical miles off the coast of Tripoli" to the north. It reported that the boat was carrying ten Syrians and one Lebanese.

The army did not specify the destination of the boat, indicating that it stopped the passengers and launched investigations.

The destination for many fleeing Lebanon is Cyprus.

On May 10, the Lebanese army announced that it had foiled an attempt to smuggle 59 Syrians by sea.

On April 25, the army arrested 69 Syrians who were preparing to go "illegally to Cyprus by sea."

The continuous collapse since the summer of 2019 has deepened the poverty level, as more than half of the Lebanese are below the poverty line, while the rate rises to seventy and ninety percent among Palestinian and Syrian refugees, respectively.

Lebanon estimates that there are 1.5 million Syrian refugees in the country, about a million of whom are registered with the United Nations High Commissioner for Refugees.

In September, UNIFIL found a boat with 36 passengers on board who were trying to escape, but found themselves lost at sea. A number of those on board the boat died.