Meet the celebrities expressing their solidarity with Palestine 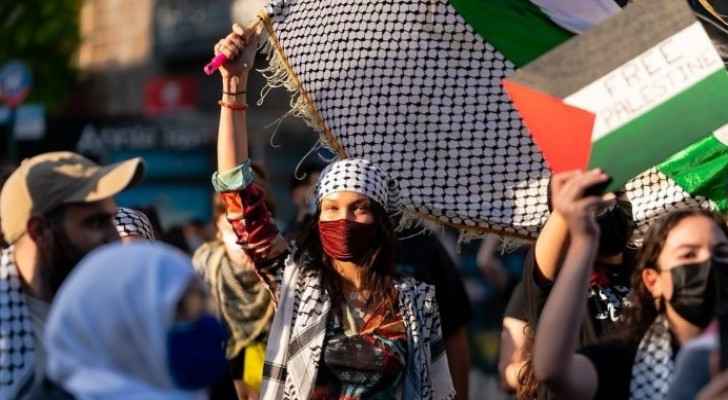 Since the uptick of violence by the Israeli Occupation began in Gaza and Jerusalem against Palestinians, several celebrities weighed in on the situation, expressing their pro-Palestinian views.

The non-stop Israeli Occupation bombardment has so far claimed the lives of 188 in Gaza, including 55 children and 33 women.

Here are the stars using their platform to raise awareness on the plight of the Palestinian people.

The English singer and songwriter, Dua Lipa, known for her several hit songs such as 2018's "No Rules," has consistently expressed her solidarity with Palestine over the years. Recently, she posted on Instagram the different ways to help support Palestine. 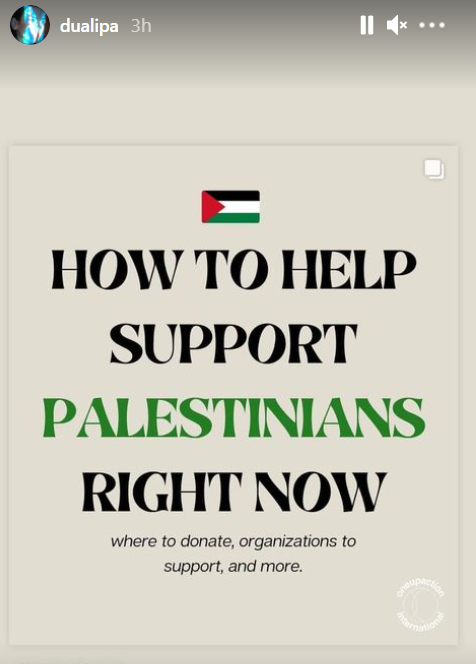 DJ Khaled, an American-Palestinian DJ, record executive, record producer, and media personality took to Instagram to send his love and prayers to Palestinians. He uploaded an image of hundreds praying in the Al-Aqsa Mosque compound. 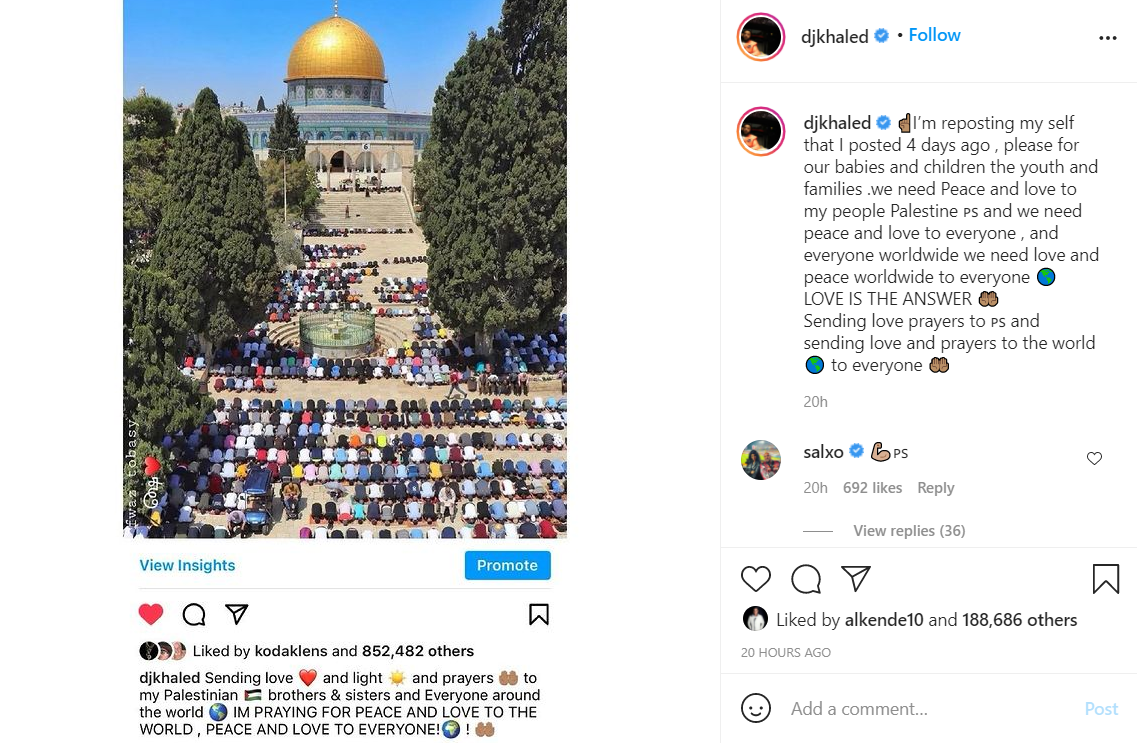 Bella, one of the highest paid models worldwide, uploaded several posts on Instagram asking people to educate themselves, and to not use neutral words in fear of being reprimanded for supporting the Palestinian cause. 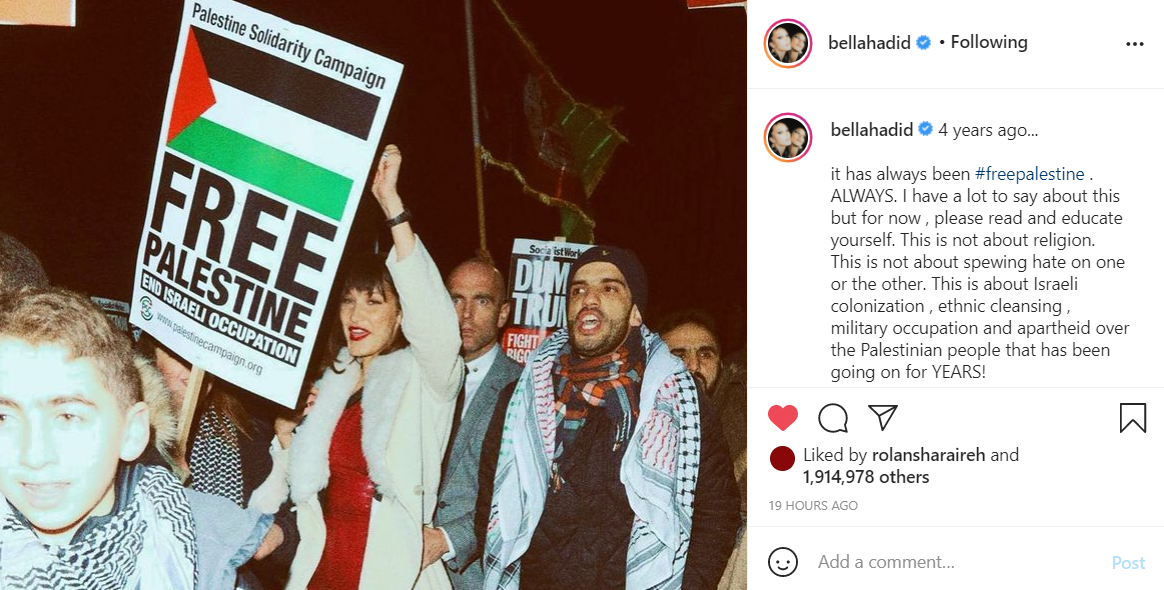 In Instagram comments, her sister, Gigi Hadid, who has made over 35 appearances on international Vogue magazine covers, demanded equal rights for Palestinians. 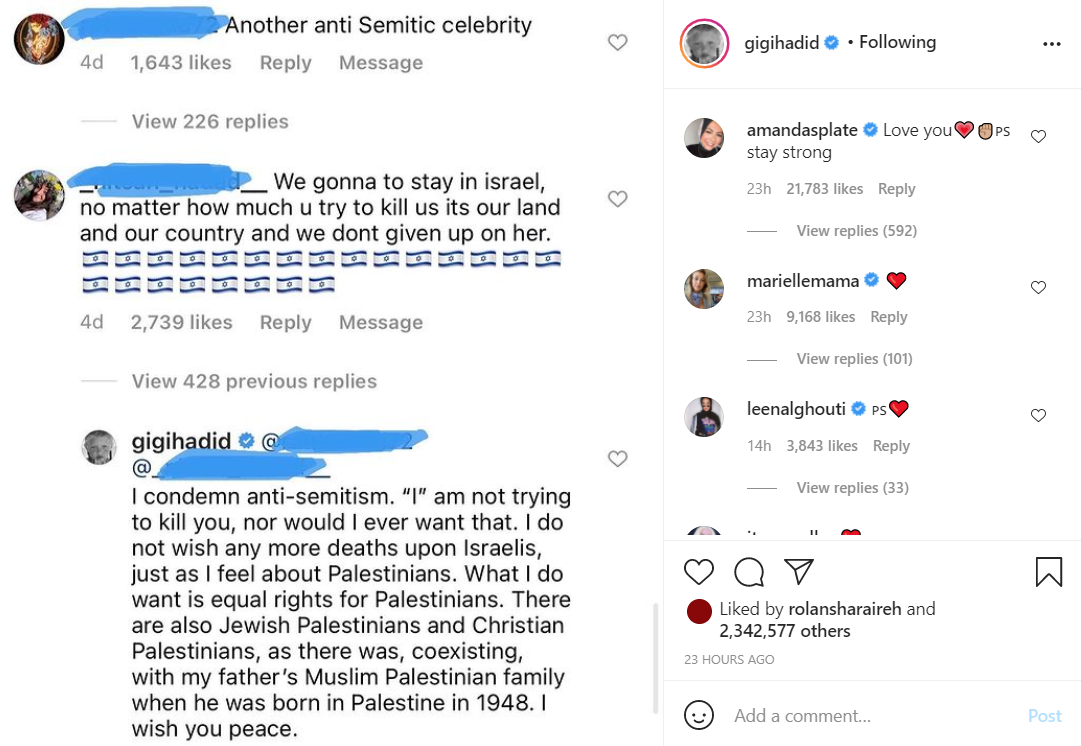 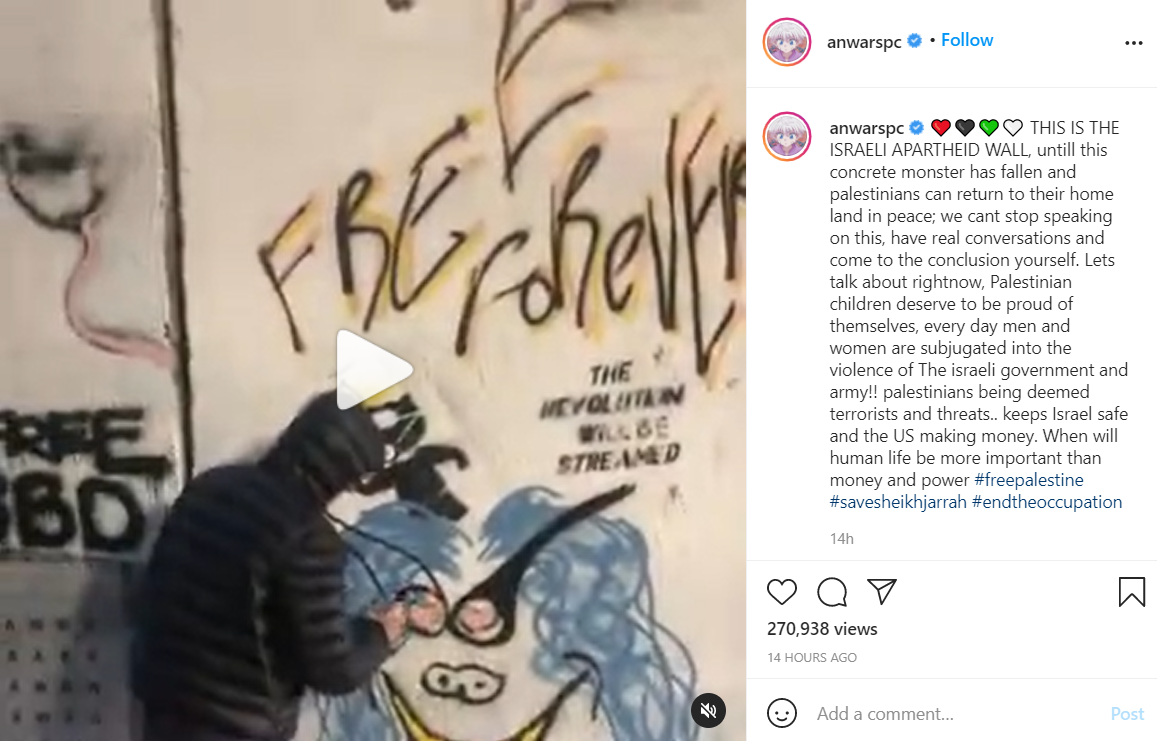 Anwar Jibawi, the American-Palestinian internet personality, known for his comedic posts on all social media platforms emphasized his solidarity with Palestinians, noting he stands "with [his] people."

On Twitter, the heiress to the Hilton empire expressed her heartbreak about the violence in Gaza, asking to stop the genocide. 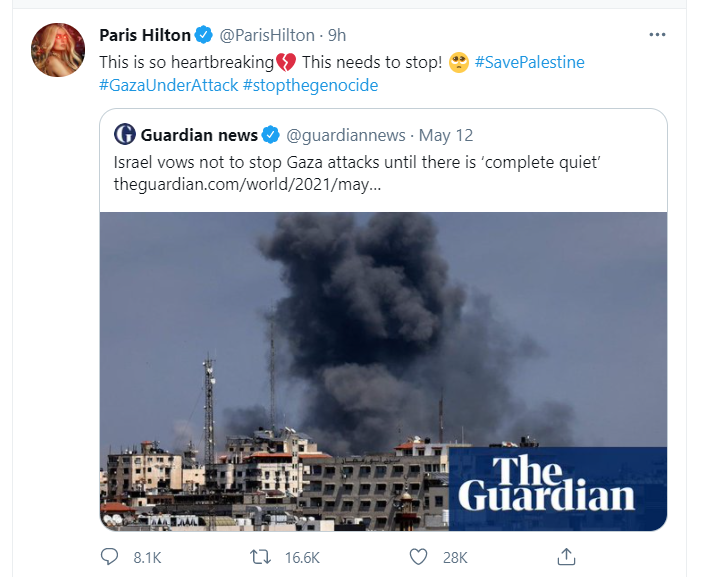 Lena Headey, the Bermudan-British actress best known for her role as Cersei Lannister in Game of Thrones, asked her followers to educate themselves about the Palestinians, under a post that said 'Save Sheikh Jarrah,' a Palestinian neighborhood in occupied East Jerusalem, where many families are forcibly being uprooted from their homes by Israeli Occupation settlers. 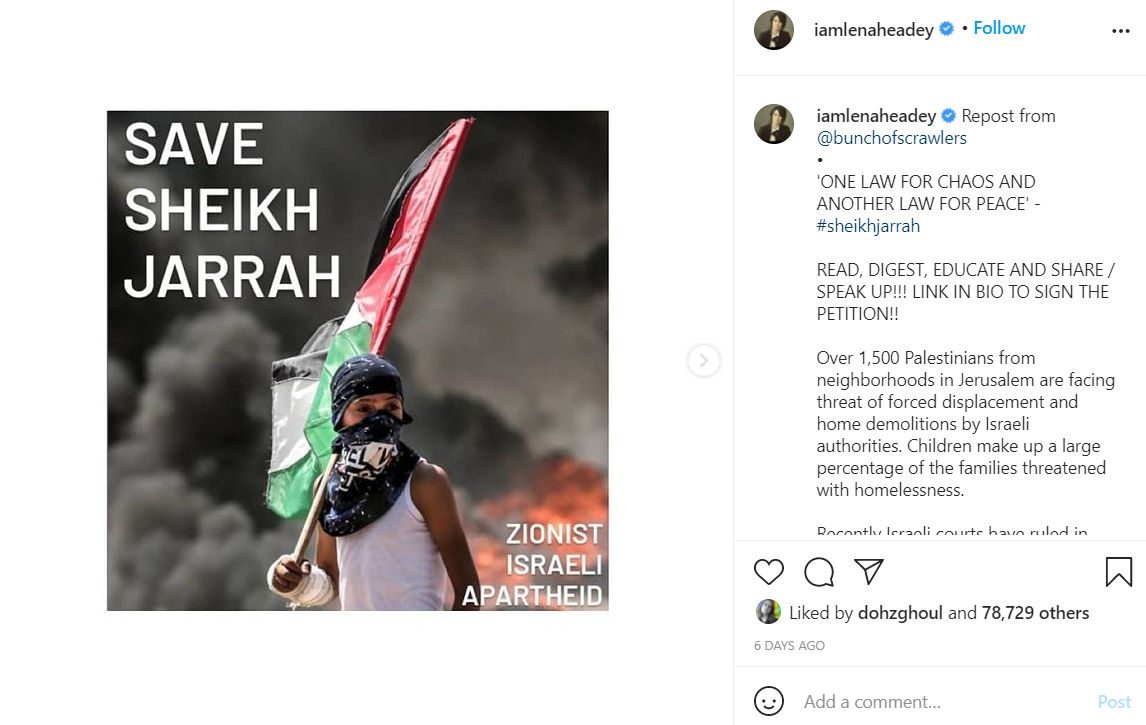 Marc Lamont Hill is an American academic, author, activist, and television personality who regularly expresses his solidarity for Palestine.

On Twitter, Hill, who has visited Palestine many times, explained the importance of remaining committed to Palestinian freedom. 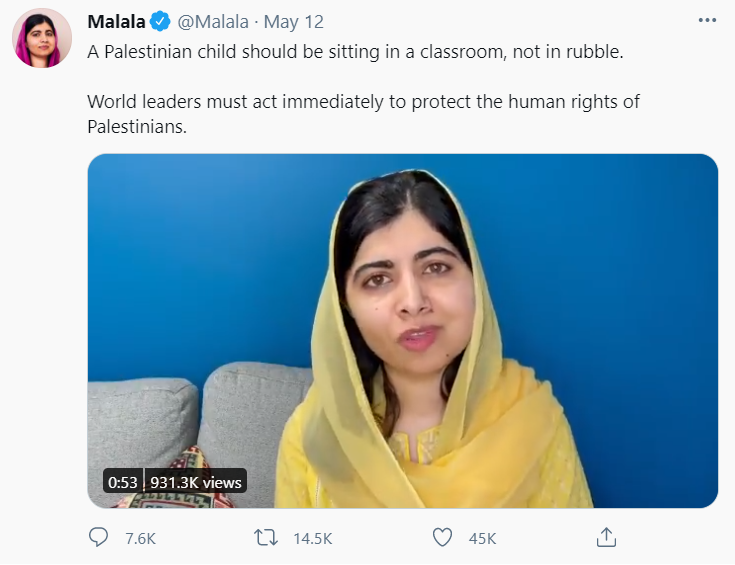 American actor Mark Ruffalo, who is a regular supporter of Palestine, asked people to "join the call" while highlighting child death rates. 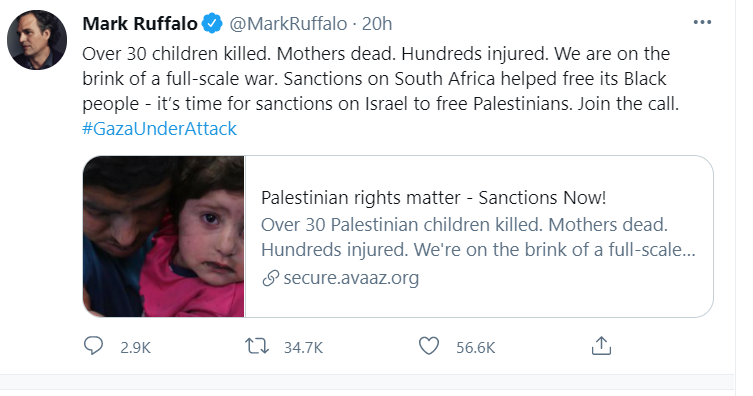 She posted an Instagram story about details regarding the ongoing situation in the neighborhood.

Egyptian football superstar, Mo Salah posted a picture outside Al-Aqsa Mosque, as violence increased in Palestine by the hands of the Israeli Occupation Forces. 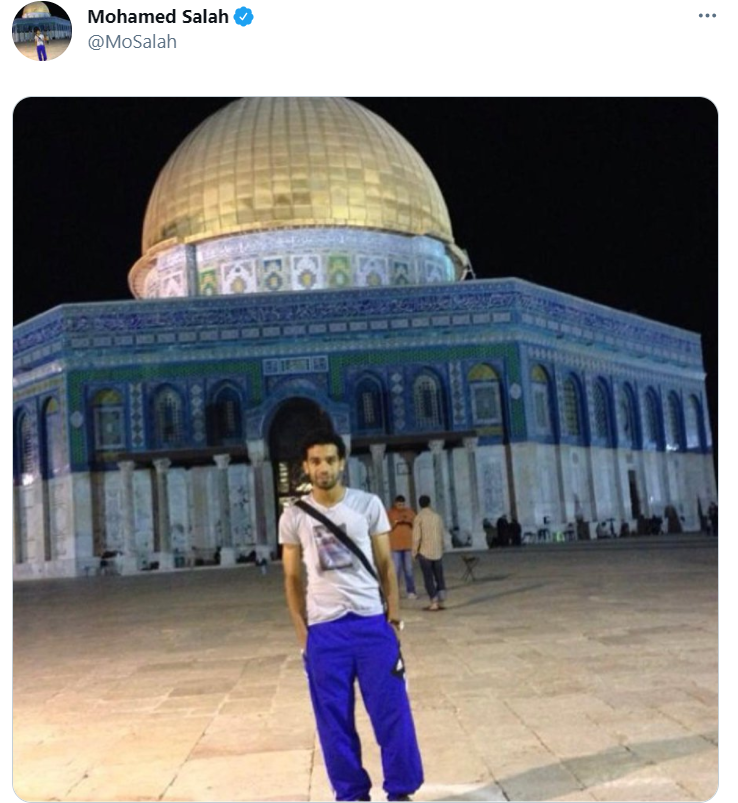 The Algerian Manchester City football player, posted a Palestinian flag on social media, with hastags supporting the Palestinian cause. 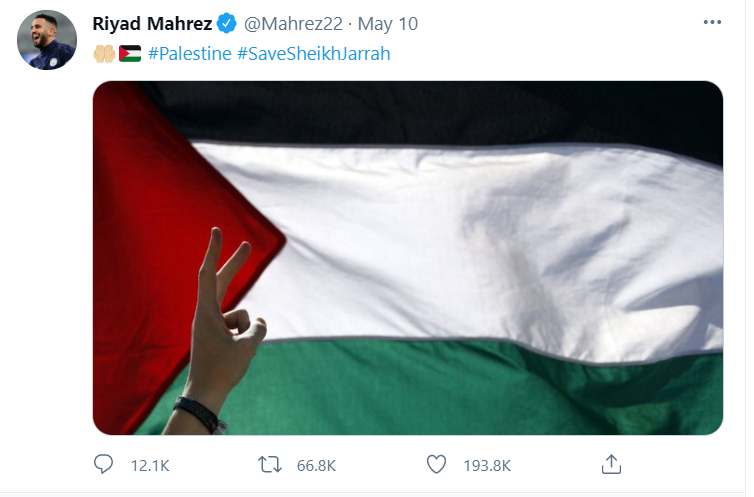 The co-founder of Pink Floyd uploaded a video on Instagram criticizing the Israeli Occupation's policies and aggression. 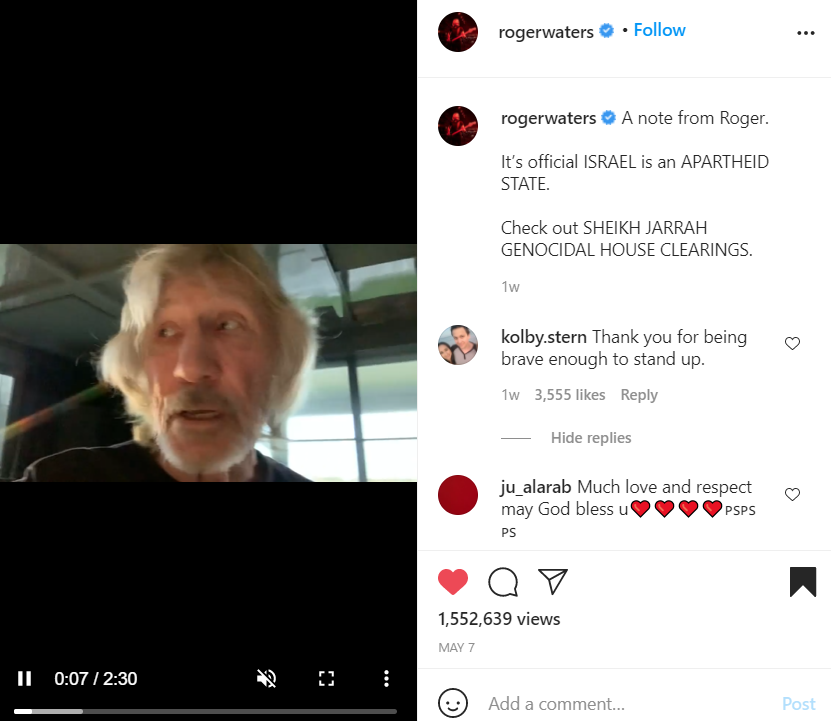 The multi award winning actress, known for movies such as Thelma and Louise and the Rocky Horror Picture Show, posted an image, asking people to place themselves in the shoes of Palestinians who are being forced out of their homes.

The South-African comedian and TV host, who regularly discusses the harships he experienced in the era of apartheid in South Africa, posted a reel on the Daily Show's Instagram discussing the Israeli Occupation and Palestine.

"Personally I cannot watch the [confrontational] footage and hear those numbers and see a fair fight," he said upon comparing the Israeli Occupation and Palestine. 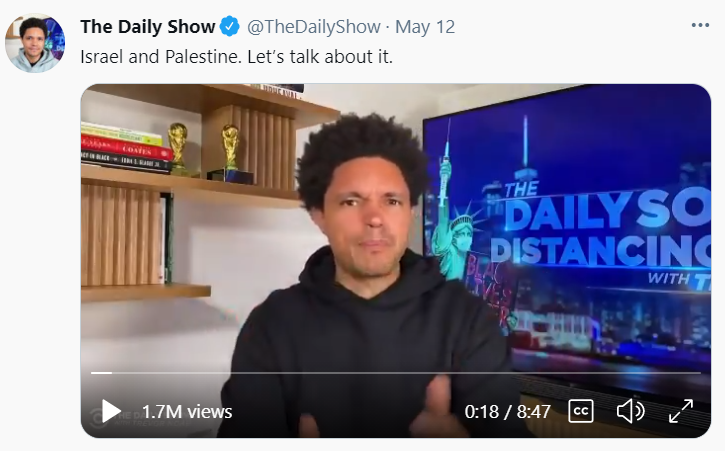 Award-winning Davis is the first African-American, and currently the youngest actor, to achieve the "Triple Crown of Acting," (Academy Award, Primetime Emmy Award, and two Tony Awards) posted on Instagram, in hopes to educate the world about what is happening in Palestine. 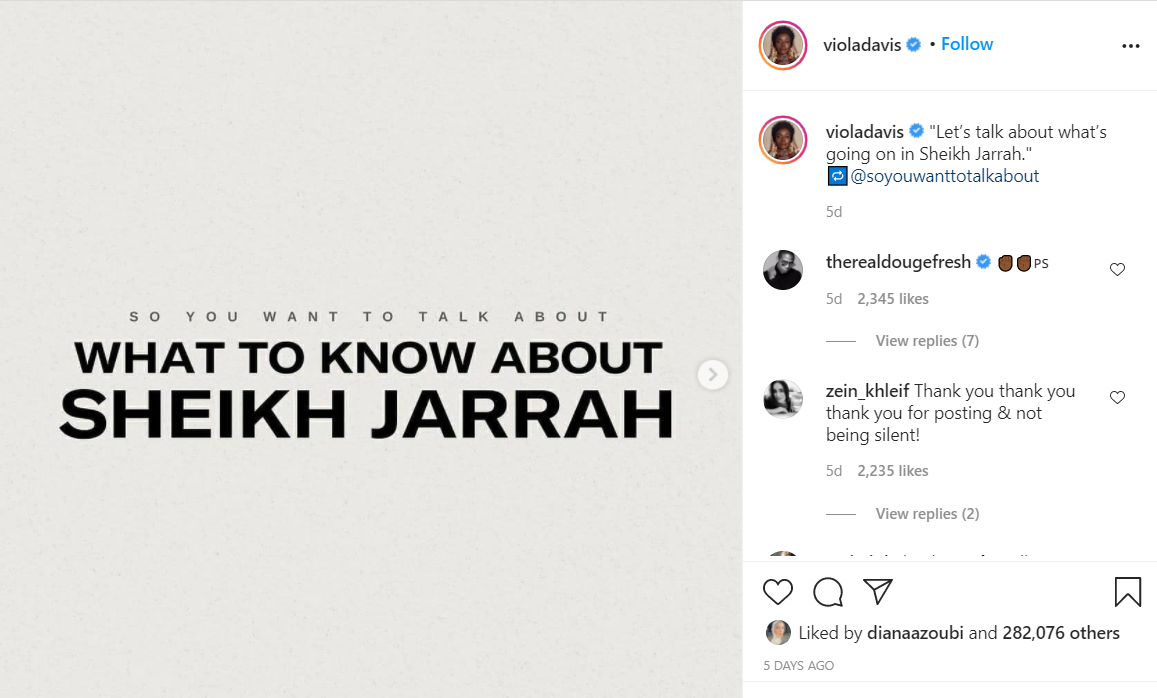 The former One Direction member and regular Palestine supporter and partner of Palestinian Gigi Hadid, wrote "Free Palestine," adding his heart aches for the Palestinians who lost loved ones.

Protesters rally in Amman in solidarity with Palestine for ....

Protesters rally in Amman in solidarity with ....

Protesters rally in Amman in solidarity with ....

Protesters rally in Amman in solidarity ....