Thousands of Jordanians march to Palestinian border in support of Palestine

Thousands of Jordanians march to Palestinian border in support of Palestine 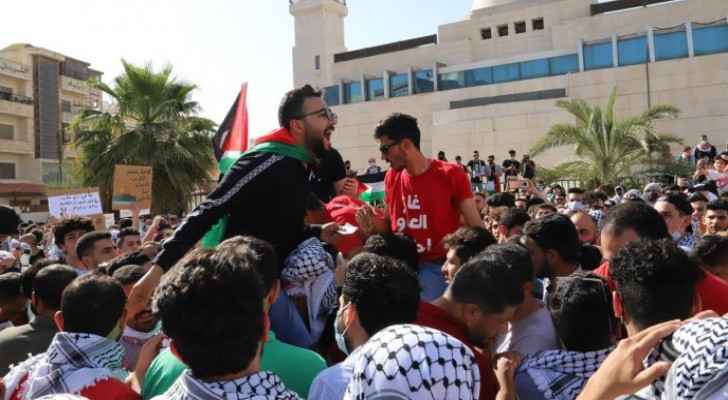 Thousands of Jordanians, Friday, marched towards the Jordanian-Palestinian borders, to support the Palestinian people in light of the recent uptick of agression and violence by the Israeli Occupation.

The demonstrators demanded the authorities to open the borders, as thousands gathered in front of the Martyr's Memorial of the Battle of Karameh in the Karameh area, south Jordan Valley.

Meanwhile, the security services attempted to prevent the thousands of people from reaching the Jordanian-Palestinian borders in support of Jerusalem and Gaza.

Thousands of Jordanians who participated in the border, chanted "With our souls and blood we sacrifice for you, O Aqsa," saluting the Palestinian resistance in the Gaza Strip.

They also chanted, "Go on, Hamas, you are the cannon and we are the bullets."

A Roya correspondent in the field reported that the participants were fainting as a result of the high temperatures in the area of the march and the crowd of thousands.

In turn, the civil defense teams were present during the march in order to maintain order and provide services.

Notably, the Public Security Directorate (PSD), requested all protesters to maintain security and order, after several individuals trespassed on private property in the south Shouneh area.

They provided ambulance services and distributed water at the event site in the Southern Shouneh / Karameh area, and relieved a number of those who overheated due to high temperatures.

Not only are people marching towards the border, but all the Kingdom’s governorates are currently witnessing demonstrations condemning the Israeli Occupation's aggression against the Palestinians in Jerusalem and the Gaza Strip.

Also Read: Protesters rally in Amman in solidarity with Palestine for third night 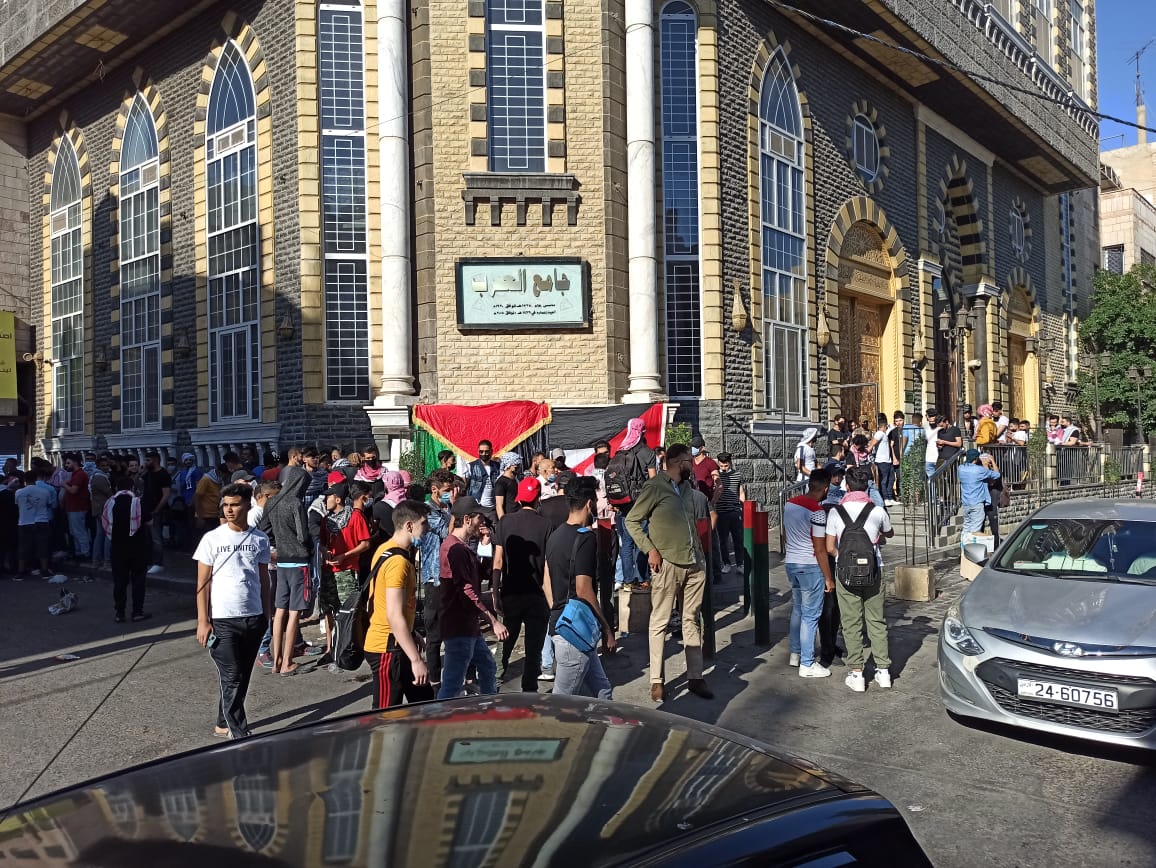 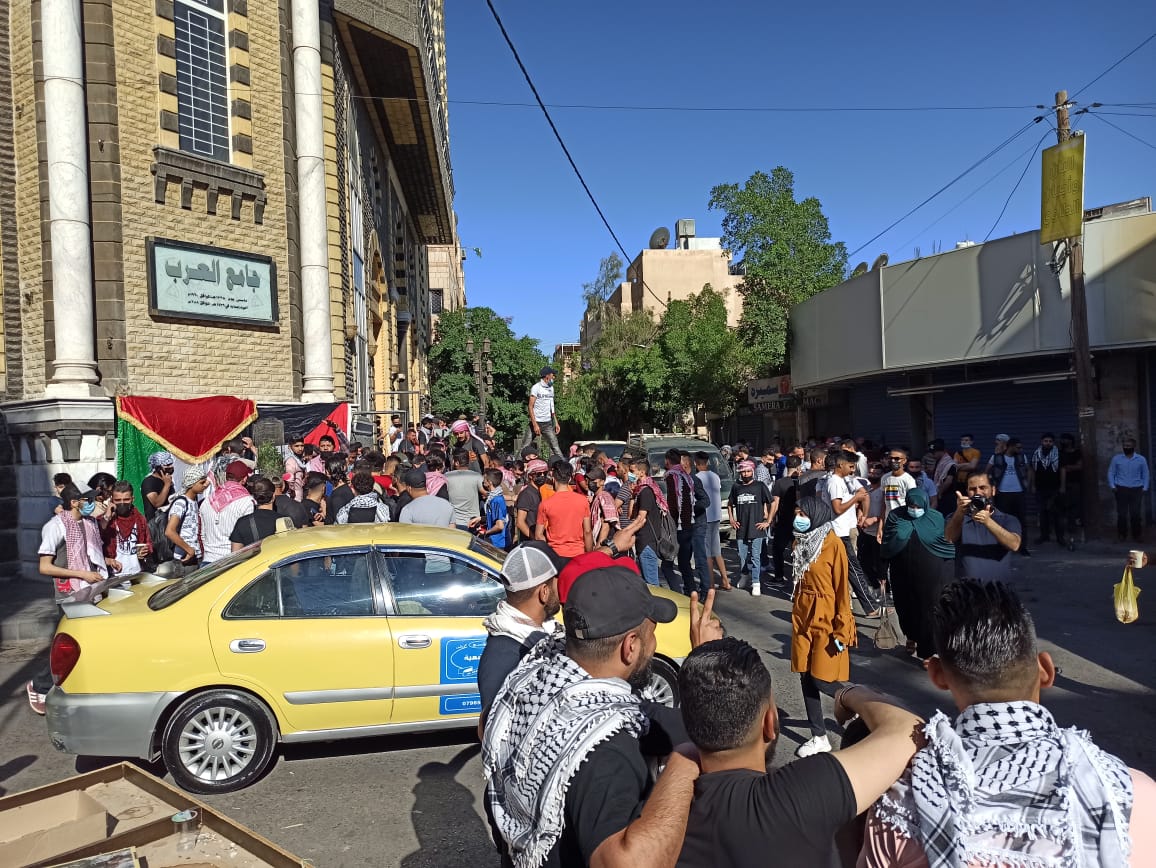 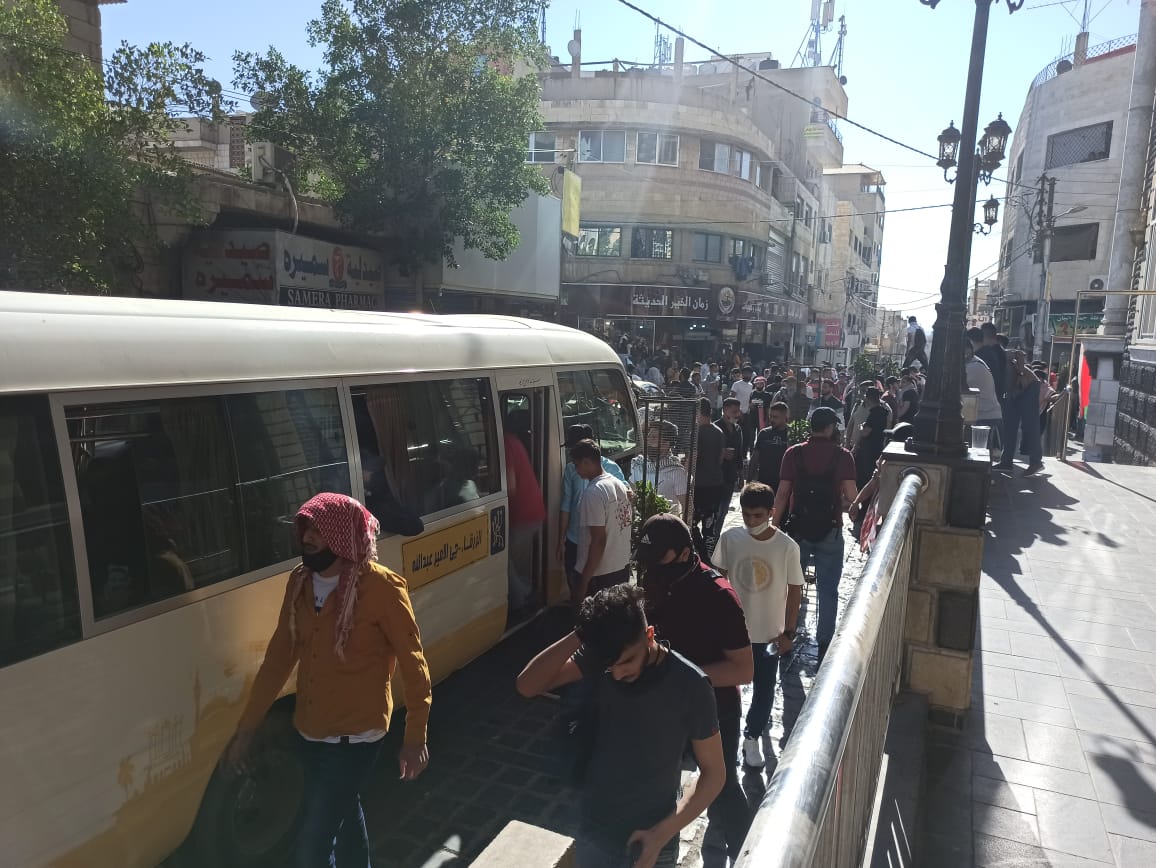 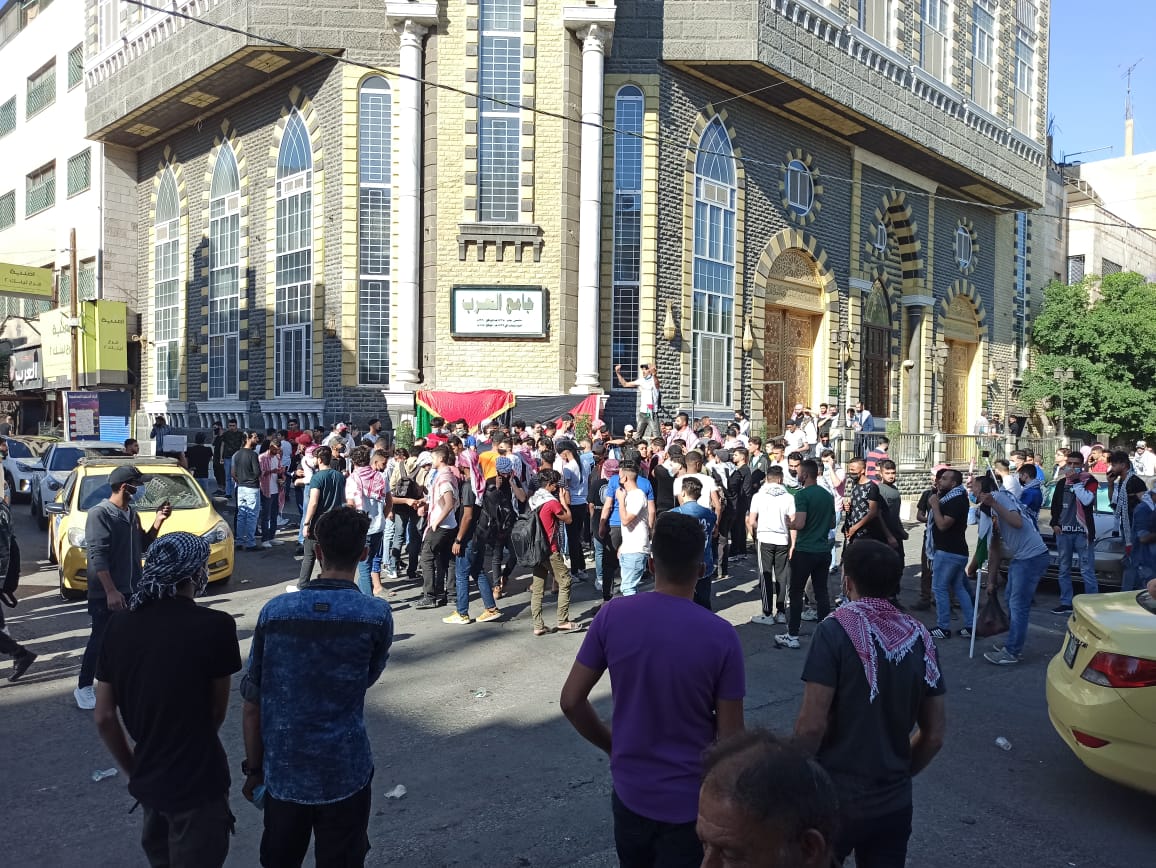