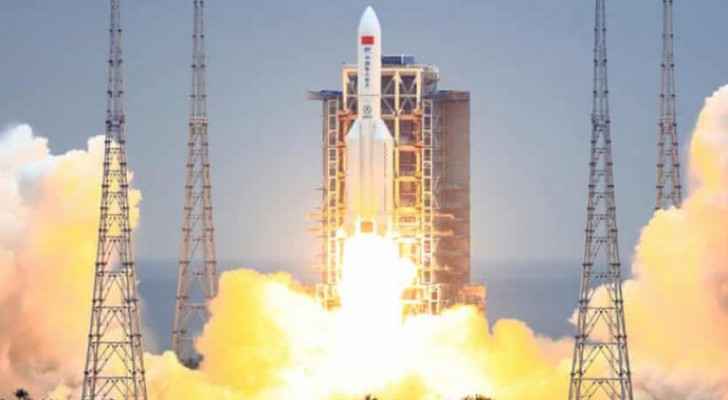 Astronomer Imad Mujahid said Friday that the Jordanians and residents will sight the Chinese rocket for the second time at around 2:37am Saturday.

April 28, a Chinese rocket used to launch a satellite spiralled around Earth. The rocket, is 30 metres long and weighs about 21-tons and will be the largest to ever have an "uncontrolled reentry" into Earth.

China launched it to carry the first unit of a new space station that Beijing is building in space.

Thursday, Mujahid expected that the Chinese rocket would cross Jordanian skies from Egypt at around 12:05am Friday.

Also Read: Chinese rocket could be seen in Jordanian skies at midnight: Astronomer

However, Mujahid told Roya that the density of clouds prevented the rocket from being seen over Jordanian skies last night.

He pointed out that the Chinese rocket is slowly approaching Earth's surface, and is now about 160 km away, while on Friday, it was 250 km away from the surface of Jordan, meaning it has entered the atmosphere therefore increasing burning and brightness.

Mujahid stated that the rocket is getting closer and closer to Earth, and is expected to fall Saturday evening or Sunday morning.

The debris of the rocket, after burning in the atmosphere, may fall into the oceans that cover most of the Earth's surface, but it still poses a threat to human-inhabited areas.

To track the movement of the rocket or debris, you can visit N2YO.com, then enter the rocket name "CZ-5B R/B" in the search box at the top right of the screen.

You can also follow its path using the following link: https://orbit.ing-now.com/3dlaunch/payload/data/2021-035/.