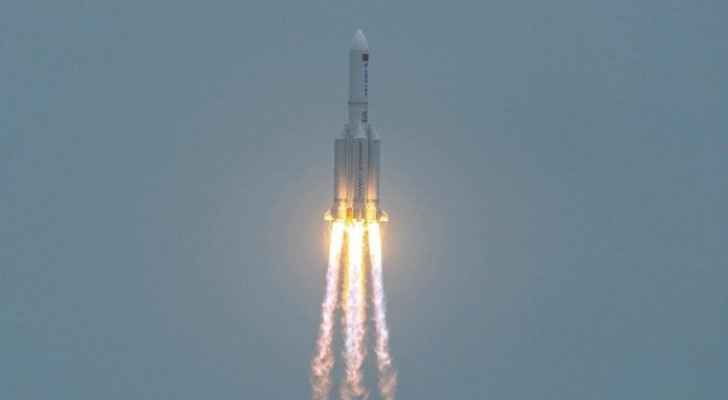 Most of the rocket burned and disintegrated upon reentering the earth's atmosphere, according to the China Manned Space Engineering Office, as reported by CNN.

The US Space Command said the Chinese rocket reentered Earth over the Arabian Peninsula.

The rocket, which is approximately 30 meters long, was initially launched on April 29 and after it ran out of fuel, the rocket was left to move through space until Earth's gravity draggs it back to the ground.

The Chinese rocket is one of the largest objects in recent history to fall to Earth after control over it was lost after a piece of a Chinese space lab disintegrated over the Pacific Ocean in 2018 and an 18-meter long March 5B rocket reentered in 2020.

Despite efforts to improve the regulation and elimination of space debris, the Earth's orbit is cluttered with hundreds of thousands of uncontrolled junk, most of which are less than 10 centimeters in size.

Objects are fall out of orbit all the time, most of which burn up in the Earth's atmosphere without making an impact. However, larger objects have a chance of surviving the reentry and threatening people and objects on Earth.

Chinese rocket visible as it passes ....