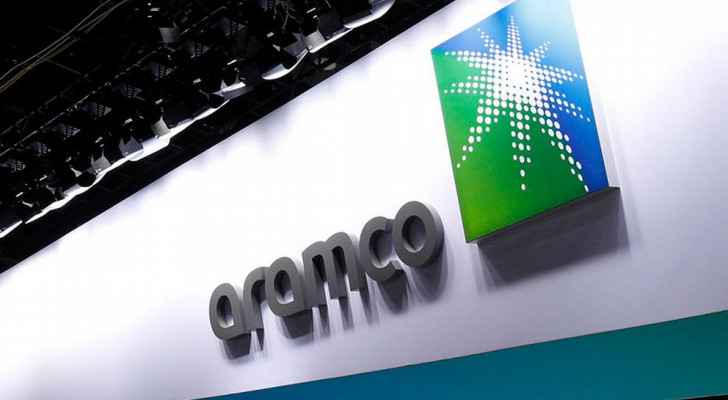 Saudi Arabia's Aramco announced Tuesday a 30 percent increase in its profits in the first quarter of 2021, compared to the same period last year, thanks to high oil prices.

The company said in a statement, "Saudi Aramco's net income amounted to $ 21.7 billion during the first quarter, an increase of 30 percent compared to $16.7 billion in the first quarter of 2020. This is due to the presence of a strong market for crude oil, and higher refining and chemicals profit margins. This is partly offset by lower production."

The news comes after the major oil groups started an upward trajectory thanks to the improvement in black gold prices and the easing of some countries restrictions imposed to combat the COVID-19 pandemic, which allowed an improvement in economic activity.

The statement quoted Aramco President Amin Al-Nasser as saying, “Our financial and operational results in the first quarter of 2021 showed very strong and distinct levels, and were a reflection of the improvement in the operational environment, represented by the positive trends witnessed in many regions of the world towards a gradual return to economic recovery and the balance of oil markets affected by the pandemic."

Al-Nasser stressed, "Given the positive indicators of energy demand levels for 2021, I am optimistic about what the future holds, and although there are still some challenges, but with the start of the global economic recovery, Saudi Aramco will be ready to meet the world's growing energy needs."

Aramco was listed on the Saudi Stock Exchange in December 2019 after the world's largest initial public offering (IPO), valued at $ 29.4 billion, against the sale of 1.7 percent of its shares.

Last March, Aramco announced that in 2020 it had achieved net profits of $49 billion, a 44.4 percent decline from the previous year's profits, due to the drop in crude oil prices, with the decline in global demand due to the COVID-19 epidemic.

Saudi Arabia, the world's largest exporter of crude oil, last year was hit by low prices and a sharp decline in production due to virus-related shutdowns.

Aramco will earn $12.4 billion under a deal with an American company related to the use of its pipeline network, as the kingdom seeks to attract foreign investment and diversify its economy.

Last month, Saudi Crown Prince Mohammed bin Salman announced negotiations with a foreign energy company to sell it one percent of the shares of Aramco. He did not name the foreign company.

He also spoke about the Kingdom's intention to sell stakes to other companies and offer shares locally.

He said, "There are also discussions with other companies to buy different shares, and there is a part of Aramco shares that may be transferred to the Public Investment Fund, and a part is offered in the form of annual offerings in the Saudi market."

The decline in crude revenues threatens Crown Prince Mohammed bin Salman's ambitious plans to diversify the kingdom's oil-bonded economy, but the young prince stressed during the interview that the diversification plan called "Vision 2030" will reach its goals.

Aramco was previously tightly controlled by the government and banned from foreign investment, but with the rise of the country's de facto ruler Prince Mohammed, who is pushing for his ambitious reform program, the kingdom has shown a willingness to relinquish some control.

Traffic accident death rate in Saudi Arabia falls by over ....